Eighty-seven, out of the 170 quoted companies on the Nigerian Stock Exchange failed to pay dividends to their shareholders in 2019, investigations have revealed.

According to data obtained from the Exchange, more than half of these firms, across different sectors of the economy, last paid dividends five or more years ago.

Further analysis shows that majority of the firms, identified as the worst hit are moribund and likely to be delisted from the emerging bourse anytime soon. Companies in this category owe between five or more years dividend.

Under a voluntary delisting window, a quoted company can decide to delist from the Exchange due to reasons such as merger or acquisition. On the other hand, the NSE can compulsorily delist a firm when it fails to meet up with post-quotation standards.

Shares of the quoted companies have also witnessed a sharp decline for several years on the floor of the Nigerian Stock Exchange.

However, financial analysts have warned investors that the companies may not be out of the woods anytime soon.

Managing Partner, Profit Plus Investment, Dr. Peter Olawunmi, explained that the rising interest rate and the depreciation of the naira had affected the performances of the companies in the last few years and might persist, except there were intervention measures.

“In an environment whereby you have rising interest rates, banks and firms (mentioned above) are net borrowers from the market and they have substantially high-interest expenses that alone can shrink profits.

“If you were doing business last year, the cost of running businesses between December 2016 and December 2019 had gone up by more than 45%. Therefore, if a company borrowed money to fund its transaction from a bank, it meant that it would need additional funds of over 45% to enable it to maintain the same level of production.”

Head, Research, FSDH Bank, Dr. Ayo Adewunmi, said, “The growth in the loans can be attributed to the effect of the devaluation of the naira. This is because if a company has a dollar-denominated loan that was converted to naira in the year 2015 at about N198 per dollar, now the same loan will be converted to naira at over N360. 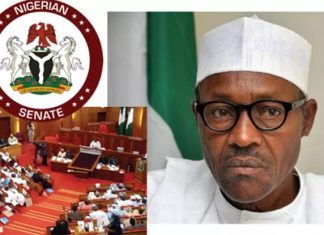