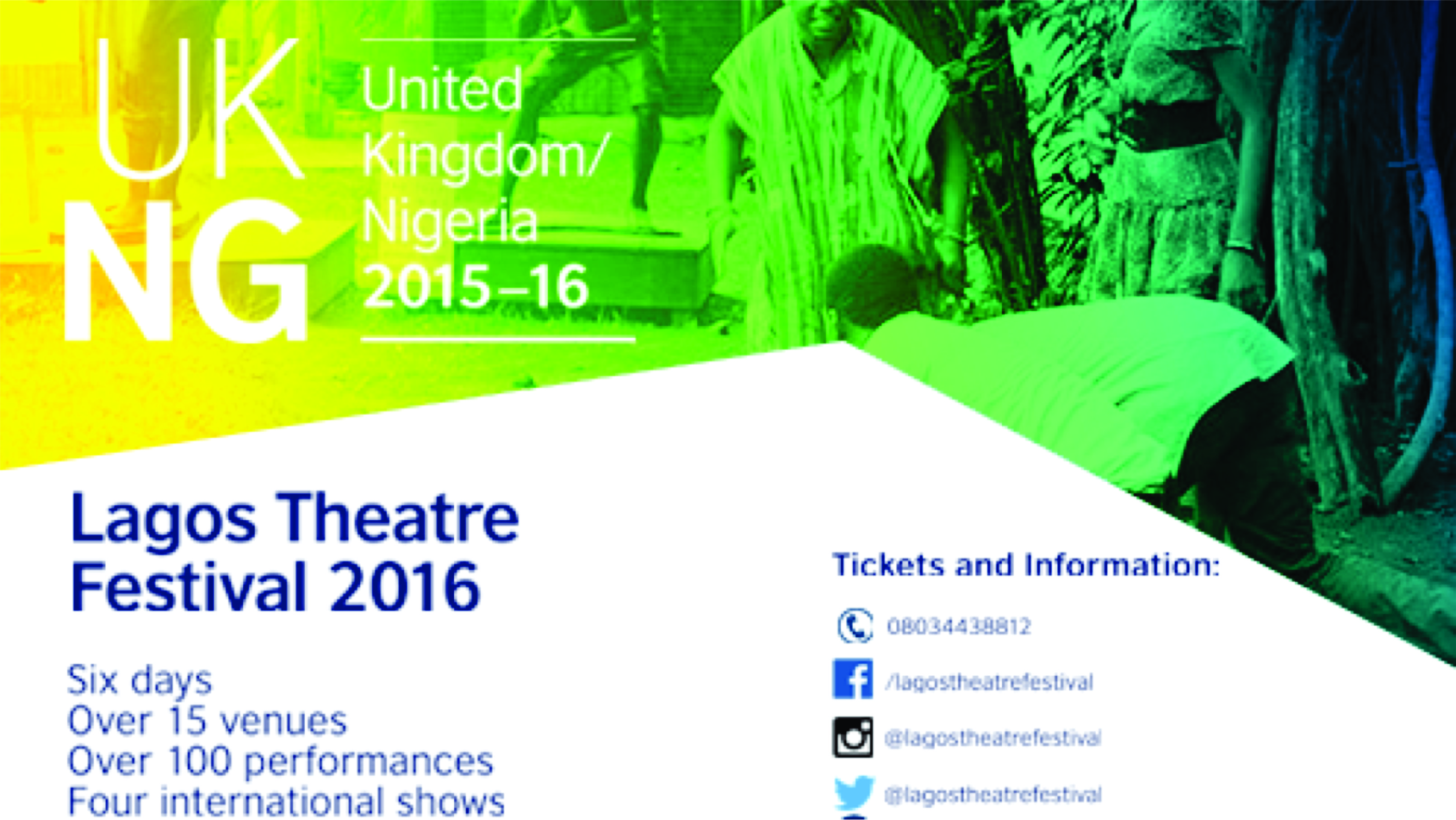 THE British Council has, for three years, been working on a theatre programme to stimulate innovation in theatre practice in Nigeria. The council sought to offer opportunities for professional exchange between Nigerian and British theatre makers and this birthed the Lagos Theatre Festival in 2012. This year, Lagos Theatre Festival returns bigger and better than ever as part of UK/Nigeria 2015 16; a major season of arts in Nigeria aimed at building new audiences, creating new collaborations and strengthening relationships between the UK and Nigeria. First Bank of Nigeria Limited is a major promoter of the British Council Lagos Theatre Festival 2016 as part of its [email protected] initiative. In preparing for the UK/Nigeria 201516 season of Arts, the British Council desired to engage New Voices in Theatre and requested the submission of scripts for the Lagos Theatre Festival from emerging playwrights who were asked to reflect the experiences of young people living in Lagos today.

A record number of 64 applications were received over a four week period and four plays were shortlisted by a panel of writers for a creative writing workshop and script development. The plays are: Every Single Day by Olubunmi Familoni, The Wait by Bode Asiyanbi, Barcode Dialogue by Atinuke Aweda and Dialing Love by Paul Ugbede. The winning playwrights have been awarded a cash prize of #100,000 each with an option of producing their plays at the Lagos Theatre Festival scheduled for February 23 28 2016.First Bank of Nigeria Limited is a prime promoter of the creative arts industry in Nigeria is supporting the arts under the auspices of the [email protected] initiative which is driven by the quest to promote the arts and preserve cultural heritage.

Through [email protected], FirstBank has encouraged home-grown human capacity development and enhanced the creation of employment opportunities within the arts industry, thereby creating a sustainable value chain and contributing to the growth and development of an evolving art economy in Nigeria. The Bank is pleased to support the Lagos Theatre Festival even as it promotes new talents in the creative arts industry. FirstBank believes that promoting the arts and preserving contemporary culture is essential for our generation and the future generations.

The Lagos Theatre Festival 2016 will take place at several venues on Lagos Island and the Mainland with a curated programme running alongside a fringe strand of affiliated performances allowing a greater than ever number of artists and audiences to take part.

Share this on WhatsApp
Related Topics:Lagos Theater Festival
Up Next