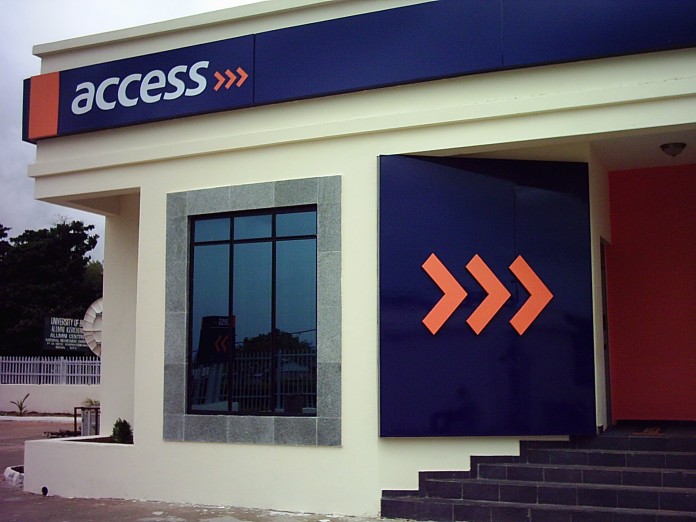 The land tussle involving the Lagos State Government and Access Bank took a new twist as the Bank has dragged the governor of the state, Akinwunmi Ambode to court for allegedly allocating the piece of land to a former Chief of Naval Staff, Vice Admiral Ishaya Ibrahim (retd).

The bank, in a suit marked LD/3767/LWM/2016, claimed that the land, at No 7, Ojora Street, Ikoyi, belonged to it, and that the state allocated it to Ibrahim as compensation for the demolition of his (Ibrahim’s) property, which stood in the right of way of the newly constructed Lekki-Ikoyi Link Bridge.

In the statement of claim filed through its lawyer, Mr Kunle Ogunba (SAN), the bank claimed that the legal mortgage on the property had earlier been used by two customers – Cybernectics International Ltd.; and Mr Andy Isichei – to obtain a credit facility from it.

The bank claimed the customers’ inability to liquidate an outstanding debt of N885, 818,666.7, which was later agreed by the party to be N650, 000,000, made them relinquish the ownership of the property to the bank as full and final settlement of the debt.

The bank averred that Isichei had earlier handed over a Certificate of Occupancy in respect of the property to it, adding that the said C of O was “registered on the 7th day of September 2007, whose commencement day began from 3rd of September 2006 as No. 60 at page 60, Volume 111 at the Federal Lands Registry Ikoyi, Lagos State.

Joined as defendants in the suit filed before Justice Olabisi Akinlade of the Lagos State High Court in Igbosere are Ambode, and the Lagos State Attorney General and Commissioner for Justice, Mr Adeniji Kazeem.

It prayed the court to make an order “setting aside the purported allocation of the property situate at No. 7, Ojora Street, Ikoyi, Lagos by the first defendant (Ambode) to the 3rd, 4th and more importantly, the 5th defendant.”