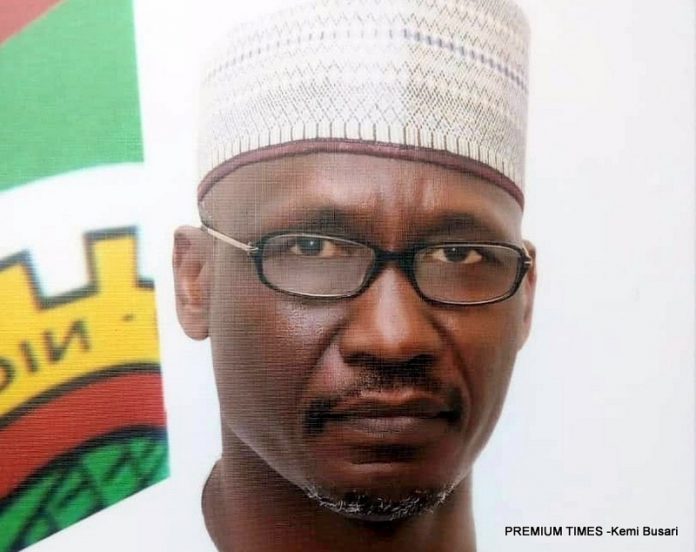 Share this on WhatsApp
Nigerian National Petroleum Corporation (NNPC) Group Managing Director (GMD) Mele Kyari has made a promise others before him were unable to keep. He has promised to end the opacity permeating the entity since inception. He vowed to ensure accountability and transparency in the corporation after he assumed office on July 8. Identifying the position of the people in a social contract, he said: “It is a promise that we are going to be accountable to the citizens. The citizens will have access to what we are doing.”Kyari promised not to allow his interest to override the national interest in the management of the NNPC. He warned his family members to guard against accepting any gift on his behalf. At a point, he sounded very pious, as he said that someday, he would face his creator to render an account of the management of the corporation. His words: “I will stand before my creator and say I have done well.”

However, these words have become the cliché that NNPC chiefs recite on mounting the saddle. What has been lacking is walking the talk. Analysts are of the view that Nigerians will take the acclaimed war against corruption seriously if Kyari announces the daily volume of Premium Motor Spirit (PMS) consumption in the country. This was the question that The Nation put to the Group General Manager, Group Public Affairs Division, Mr Ndu Ughamadu in a text message he is yet to receive the answer days after several other telephone calls. Is this the corporation’s no-go area? The last time, The Nation raised the question; the NNPC spokesman referred him to the Petroleum Product Pricing Regulatory Authority (PPPRA) that also avoided the question. In other words, until NNPC gathers the courage to state the volume of petrol that is consumed daily in the country, analysts would keep describing its corruption measure as a veneer of what it is.

What casts a shadow of doubt on the fight against corruption in the corporation in the downstream sector is the bridging of the product. The agency, which the Federal Government saddles with this responsibility, is yet to live up to the concept of anti-corruption. Last week, marketers accused the Petroleum Equalisation Fund (PEF) of short-changing the marketers with the bridging payment. According to him, what the fund was paying was a far cry from the entitlements of the marketers.  The Independent Petroleum Marketers Association of Nigeria (IPMAN) has several times raised the alarm about the sharp practices that still characterise the lifting of products from the private depots. The association’s National Vice President, Alhaji Abubakar Maigandi, has always complained that the private depots sell the petrol that is ordinarily N133.28 per litre for as high as N141 per litre, making it difficult for the marketers to access the product. For fear of victimisation, the marketers always develop cold feet whenever the depots’ owners dare them to produce their tickets as evidence of malpractice.

One of Kyari’s priorities is getting the four national refineries to work at optimum capacity before May 2023. His words: “I will follow it up to make sure that before the life of this administration expires, before Baba’s (President Muhammadu) tenure ends in 2023, we will deliver on the four refineries.”

As good as the intention is, those familiar with the conditions of the refineries describe them as tattered rags that tear apart from the left-hand side while they are sown from the right-hand side. Therefore, the corporation has resolved that the Federal Government would not provide fund for its rehabilitation again. Kyari’s predecessor, Maikanti Baru, said in his valedictory ceremony that the corporation worked tirelessly on securing third-party financing for the rehabilitation of the four refineries.  What he refused to reveal was whether the third party financing is now readily available and the investors’ commitment to the rehabilitation project. He added that the NNPC also completed pre-visibility studies on new refineries and further fine-tuned the Eni/ Nigeria Agip Oil Company (NAOC) and Oando on the planned 150kb/d Greenfield Refineries in Bayelsa State. But how attractive will the business of revamping the facilities be to private investors? How fast will the construction of the refineries be to meet the timeline that Kyari has set for Nigeria to exit fuel importation and become an exporter of petrol? The accomplishment will certainly thrill Nigerians since it will be tantamount to sacrificing profit for national interest and charity. This is so because most investors still see government’s refusal to deregulate the petrol price as a major snag impeding them from activating their licenses for modular refineries.

Of the several licences that the Department of Petroleum Resources (DPR) has awarded to investors, how many are now constructing their refineries? Exactly what is their barrier?  Kyari’s promise of product sufficiency is anchored on the Dangote Group that which is expected to debut next year. The total capacity of the refinery is 650,000 barrel per day, while the four national refineries have a combined capacity of 445,000 barrel per day. What volume of production is Kyari expecting from the licensees of modular refineries? Is the government ready to deregulate the pump price of petrol to jump-start private sector refining?

Another question that also begs for an answer is the insistence on spinning oil out of the Kolmani River 2 in Bauchi and Gombe states. Although the corporation uses frontier basins exploration as an excuse for its insistent on discovering oil in the Lake Chad Basin, it is obvious that emphasis is on the Kolmani River 2 search. What lends credence to this submission is the fact that the impression that Baru gave at the spud in of the oil search on 2nd February 2019, was that the exploration was to last for 60 to 70 day. However, the last he said of it was that the “We have, also, been active in the Frontier Basins as exploratory activities progressed from seismic data acquisition, processing and interpretation to the drilling of the Kolmani River -2 well in the Benue Trough. The findings in the Kolmani River -1 by SNEPCO are being confirmed and a lot more interesting information is being revealed by the well as it approaches the total depth of 14,250ft.” In the spirit of transparency and accountability, the corporation would thrill many Nigerians with the disclosure of exactly how much it has spent on the search and the further expenses that it has incurred since the project has extended from 70 days to over 140 days.

The cheapest means of writing his name in gold is for Kyari to direct the NNPC under his watch to truly be transparent.