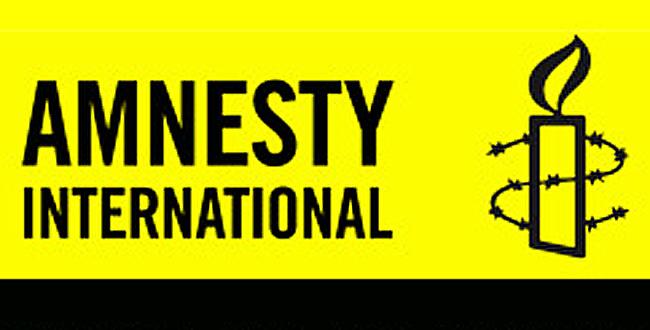 Share this on WhatsApp
Spread the love
Global rights group, Amnesty International, has called on the federal government to stop forced eviction of persons from their homes and demolition of communities in the country.
“Forced evictions are prohibited under international law in all circumstances and even evictions ordered by a court must be conducted according to due process,” Morayo Adebayo, Nigeria’s Housing and Social Rights Researcher for Amnesty International, said on Thursday while reacting to a ruling by a court in Abuja.
The court had held that a planned eviction of residents in Mpape, a satellite community of Abuja, was illegal.
“Consequently, the government must consider all feasible alternatives to an eviction in consultation with all affected people. Any person affected by a proposed eviction must be served adequate written notice, within a reasonable time period,” the rights group stated.
“Other due process safeguards must be followed, including the provision of legal remedies and compensation. No one should be left homeless and the government should provide adequate alternative accommodation for those who cannot provide for themselves.
“Amnesty International calls for a moratorium on mass forced evictions across Nigeria, until there are laws or regulations in place to ensure compliance with safeguards enshrined in international law.”
The group also called on the Nigerian government to heed the ruling by a High Court of the Federal Capital Territory which declared the planned demolition of homes in Mpape as illegal.
The Federal Capital Territory Development Authority, FCDA, had since 2012 engaged in a legal battle with residents of Mpape over a plan by the authorities to evict them from the community.
The case was instituted by members of the Mpape Residents Community Development Association (MRCDA), after the FCDA’s Department of Development Control served residents of the community with notices to quit the area for a planned demolition of the community.
The notices, according to the MRCDA, did not include provision of alternative accommodation. Subsequently, the residents approached the law court to seek revocation of the quit notices.
The densely-populated community covers approximately 400 hectares of land, according to the MRCDA.
A census conducted by the residents’ association claimed there were 60,000 houses with hundreds of thousands of residents in the community.
Amnesty International described the planned eviction as a ploy to deprive the citizens of their rights to shelter.
“It will be used as an excuse to forcibly evict hundreds of thousands of Mpape residents, many of whom have lived there for decades and have no alternative homes. There were no adequate consultations, offers of alternative options for accommodation and compensation, prior to the issuance of the notices.
“This would be a violation of Nigeria’s human rights obligations under a range of international and regional human rights treaties, including the UN International Covenant on Economic Social and Cultural Rights, the International Covenant on Civil and Political Rights and the African Charter on Human and Peoples Rights. Forced evictions are prohibited under international law in all circumstances,” said Mr. Adebayo for the rights group.
He described the court ruling against the demolition as a huge relief to the residents and called on government to respect the ruling.
“The Abuja High Court judgement declaring the planned demolition of Mpape community illegal comes as a massive relief to its hundreds of thousands of residents.
“The judgment which declared that Nigerian authorities have an obligation to refrain from forced evictions and make policies towards realising the right to adequate housing and security of tenure for the residents is a landmark judgment and a victory for housing rights in Nigeria.
“We urge all state governments across Nigeria to take heed of this ruling and take immediate steps to stamp out forced evictions. The ruling is a victory for the residents of Mpape who have lived with fear of forced eviction since 2012”.
Share this on WhatsApp
Related Topics:Amnesty InternationalDemolitionrights group
Up Next

Herdsman remanded in prison in Ekiti