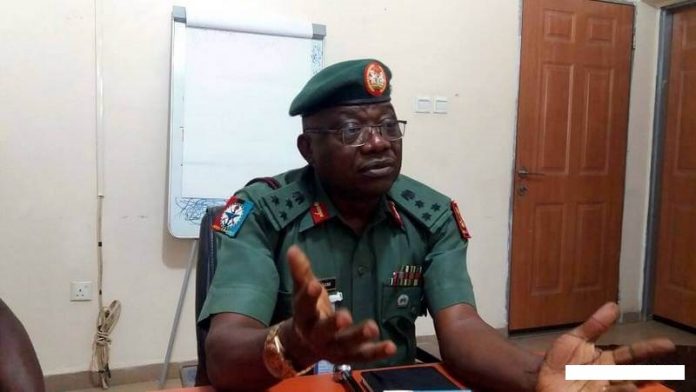 The military stated this while dismissing the report of the human rights group that it used excessive force to disperse protesting members of the Islamic Movement of Nigeria (IMN), otherwise known as Shi’ites during the week.

The military and IMN members better known as Shi’ites had clashed within the federal capital territory (FCT) for three days.

Amnesty had accused security agencies of attacking the “peaceful” Shi’ite protesters with live ammunition, with the intention of killing them.

However, in a statement, John Agim, DHQ spokesman, said the worrisome narrative of the Amnesty International (AI) in matters of national security and cohesion of Nigeria has continued unabated in spite of verifiable evidences to the contrary.

“The DHQ wishes to emphasize for the umpteenth time that the narratives of the AI are outright falsehoods and calculated attempts at whipping up sentiments and misleading unsuspecting Nigerians as well as demoralizing friendly nations.

The DHQ said in another instance, the protesters deliberately confronted soldiers at a popular checkpoint along Nyanya – Maraca road leading into the FCT.

“Nigerians who witnessed how military troops on legitimate duty came under unprovoked attacks from IMN members both in Zuba area of the FCT on Sunday, 28 October 2018 and at a security checkpoint in Mararaba, Nasarawa State on Monday, 29 October 2018 have videos and images of wounded soldiers and damaged military vehicles with audio commentaries. These are available in the public domain.

“Unfortunately, Amnesty International did not see anything wrong with these unprovoked subversive attacks on Nigerian military and other innocent passersby but was quick to refer to the activities of IMN from whom dangerous weapons and ammunition including Improvised Explosive Devices (IED), guns, knives and cutlasses were recovered as a peaceful protest.

“This goes further to prove the point that Amnesty International does not mean well for Nigeria. This is also in tandem with their previous reputation of denigrating the security forces anytime they make gains against the forces of evil to incite the Nigerian public and international community against the Military.

“The intentions of AI in Nigeria have remained suspicious as the organization is always silent on the other side of issues.”