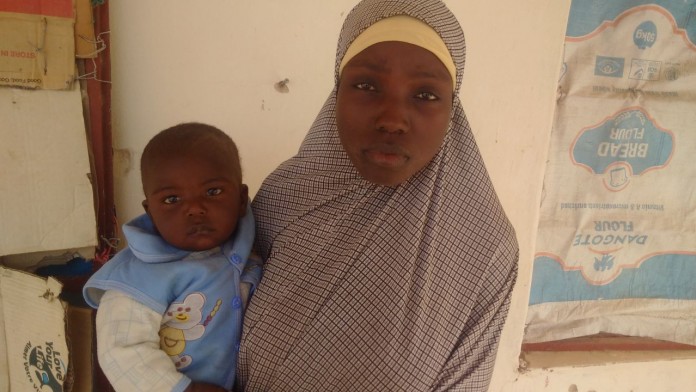 23 days after 21 Chibok school girls were released to the federal government, another Chibok girl, identified as Maryam Ali Maiyanga, was on Saturday rescued by the military in Pulka, Borno state.

The rescue was made about 6am today by troops of 121 Battalion, Nigerian Army, deployed at Pulka, Gwoza Local Government Area, Borno State, for Operation LAFIYA DOLE.

According to Colonel Sani Kukasheka Usman, Acting Director, Army Public Relations who confirmed the. feat explained that while  screening some escapees from Boko Haram terrorists hideout in Sambisa forest, discovered that one of the abducted Government Secondary School Chibok girls was among them.

She was discovered to be carrying a 10-month-old son, named Ali. She has been taken to the unit’s medical facility for proper medical check up.

“It is imperative to state that troops have been working round the clock to clear remnants of Boko Haram terrorists wherever they might be hibernating and also rescue all persons held hostages by terrorists,” he added.