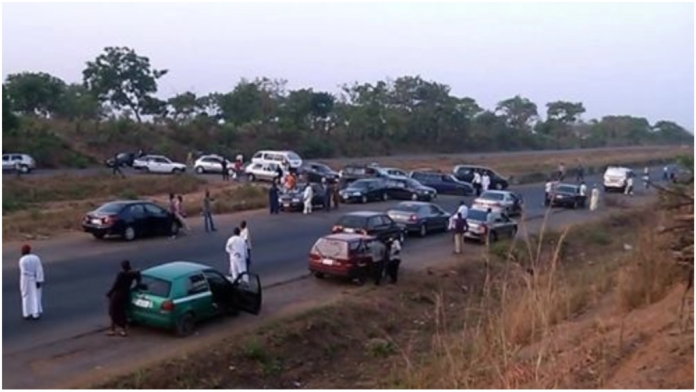 His police escort, however, engaged the terrorists and foiled the attack.

“It was the last police vehicle that was attacked after the governor passed. But we dealt with them and dispersed and cleared the road before joining the convoy in Konduga,” one of the police officer said.

was said to be inspect the Southern Borno area to check on some of the ongoing projects to ensure their completion and to be able to present something to the good people of Borno State in his 100 days in office.

The ambush took place when the governor and his entourage were returning.

According to him, the governor did not want such news to be escalated as it would encourage the insurgents to continue with such evil ways.

The government is yet to make a statement on the incident.

Governors and their deputies hve been running into bandit and terrorists lately, coming out traumatised, and having a couple of their orderlies killed.