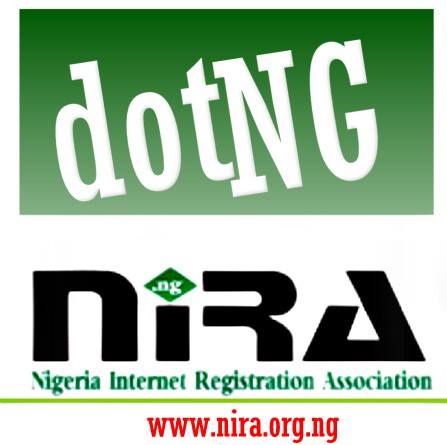 Investigation has revealed that low registration for Nigeria’s top level domain name, .ng, is responsible for loss of money to foreign economies in the country.

This notion persists even has Nigerian identity on the internet, .ng, rose by 18 per cent year-on-year to hit 149,508 as at the end of September this year.

A country’s code top level domain (ccTLD) name is a country’s identity in the cyberspace and for Nigeria, this is the .ng and websites that bear the ccTLD indicate that they originate from Nigeria.

Figures released by the Nigeria Internet Registration Association (NiRA), the custodian of the .ng domain, showed the country recorded 22,802 new registration of the .ng in the last one year, which increased the figure from 126,706 recorded as at September 2018.

This increase notwithstanding, Nigeria remains one of the lowest registrations for the country code Top Level Domain (ccTLD) in the world.

Commenting on the latest figure, Muhammed Rudman, NiRA President, bewailed the low adoption of the indigenous internet identity, stressing that the numbers were supposed to have climbed higher, giving the huge number of websites and internet users in the country.

Experts have observed that as Nigerians’ preference for foreign domain names, especially, the United States’ .com persists, the indigenous .ng continues to suffer low patronage and this, in effect amounts to capital flight for the economy.

This has been described as the bane of the .ng, thus denying the country huge revenue from the national resource on yearly basis.

Reports show that Germany, for instance, has sold 20 million of its ccTLD .de and, according to global prices, each is sold for at least $100.

Also, Tokelau, a tiny Island with a population of about 1,400 people, is said to have sold 21 million units of its ccTLD, .tk, and that alone is seen is the economic mainstay of the island.

Other top leading countries on the ccTLD chart, according to Statista, are China’s .cn domain with 13.89 million registrations, United Kingdom’s .uk with 11.84 million, Russian Federation’s .ru with 7.41 million users and Netherlands’ .nl that have 4.37 million websites carrying its identity on the internet.

Some Nigerians have ascribed the challenge of low adoption to high prices required to obtain domain names in Nigeria.

Checks show that a cheap domain .ng registration is sold at N11,000 while premium names go for as high as N1 million, compared to the US’s .com which can be registered for as low as N2,000.

He said, “The problem is not all about pricing. It is also about awareness, trust for the brand and changing peoples’ mindset to appreciate our own identity in the internet space.

“You know what choice a lot of Nigerians would make in the market when they see a foreign product and a homemade one. Most people will likely go for the foreign one and that is what is happening.”

He further stated that the board of internet registrars in the country is working towards scaling down Nigerians’ apathy towards .ng uptake to curb the persistent capital flight this causes for the economy.

He said; “The board is definitely going to discuss at the end of this year to strategise and identify the bottlenecks and all the roadblocks preventing from achieving the numbers.

“We have to recognize all the reasons and find solutions and find partners to collaborate with to ensure that we push .ng further across Nigeria.”

According to Rudman, the Internet Corporation for Assigned Names and Numbers (ICANN) assigns to each country and territory, a country code top level domain.

He said “the .ng Registry is dynamic. As an organisation, NiRA is determined to continue to respond to the specific challenges of the DNS Industry in Nigeria, while striving to ensure compliance with international best practices.”

He further highlighted benefits attached to operating .ng websites to include security, as the Nigerian .ng will prevent Nigerian sites from being regulated by foreign laws; prevent capita flight, engender better speed; guarantees brand protection, and ease local targeting and search engine optimization (SEO), among others.