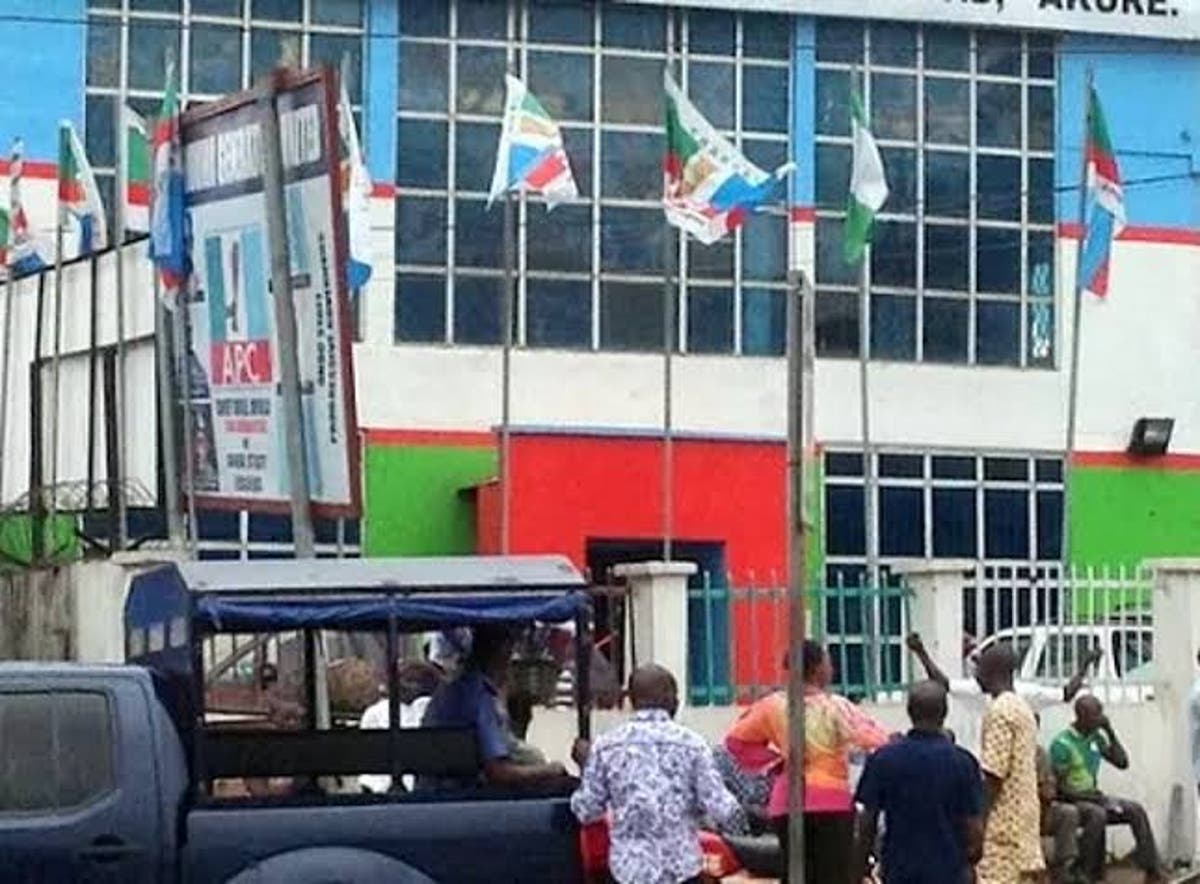 The crisis rocking the All Progressives Congress in Enugu state took a new twist on Tuesday as dozens of police officers swooped on the Caretaker Committee Chairman of party in the state, Dr. Ben Nwoye to arrest him.

The party’s crisis took another dimension after the ward congress of the party in the State, with parallel exercises conducted in the 260 wards. The development was replicated in last Saturday’s local government congress.

It was gathered that 20 policemen stormed the secretariat of the party in the State shortly after Nwoye held the swearing-in of the 17 local government council chairmen and arrested him.

Nwoye told reporters after he was released that “I was arrested based on the petition from Ken Nnamani. The Police Officer numbering about 20 who stormed the secretariat said that I was needed by the Commissioner of Police.

“They arrested me alongside my executive. Unfortunately, when we got to the police, the Commissioner of Police denied knowledge of the letter and said he never ordered my arrest.

“I was however quizzed on the letter from Nnamani. He accused me of fraud, conspiracy and cybercrime. That I must be aware of the letter being circulated bearing Akpanudoede’s name. I know nothing about the letter. They have taken my statement. It is part of the plot going on in the state to wrest the soul of the APC, but they have failed.”

However, the Police Public Relations Officer in the State, Daniel Ndukwe, said he was not “aware of the arrest or detention” of Nwoye.

Meanwhile, Nnamani, in the petition to the police had accused Nwoye of fraud, conspiracy and cybercrime.

The petition followed a letter that allegedly emanated from the Secretary, Caretaker/Extraordinary Convention Planning Committee of the party, Sen. James Akpanudoede over the congress of the party in the state.

The letter copied to Nnamani had dismissed the purported authority of the deputy chairman as “mere figment of naysayers and never existed.”