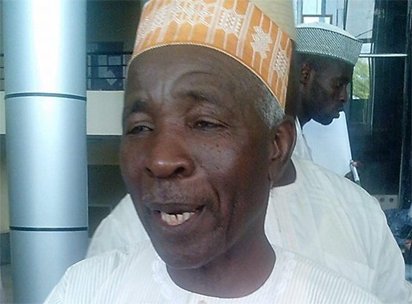 The incremental crises ravaging the ruling All Progressives Congress (APC) is getting to the dateline of devastating political marksmanship. The two conflicting factions are beginning to destructive threats that could hasten the implosion of the ruling party.

While APC National Chairman, Adams Oshiomhole, is beginning to issue threats of warfare on the emergent Reformed All Progressives Congress (R-APC), the National Chairman of the R-APC, Buba Galadima, admonished that the R-APC controls majority lawmakers in the National Assembly capable of impeaching President Muhammadu Buhari.

National Daily gathered that Galadima cautioned the embattled APC national chairman, whose selection at the party’s national convention is one of the contentious issues in the R-APC and mainstream APC rivalry on his reference to the R-APC as “hired mercenaries”.

Oshiomhole had, after five hours consultation with the APC caucus in the House of Representatives on Thursday, declared: “Those who are seeking breakup that is their problem; we are engaging real stakeholders. I mean between the executive and the two arms of the National Assembly.

“We have very important influential leaders we are engaging. If people are being sponsored by those who thought our convention will be a failure, those who were expecting implosion, so be it.”

Oshiomhole ridiculed Galadima, dismissing him as no force in the party with the observation that he would not lose sleep over the R-APC leader.

Galadima, however, notified Oshiomhole that beside the majority in the National Assembly, majority Nigerians believe in the R-APC and what they stand for. He warned that taking the R-APC for granted would be one political tragedy too many for APC to contend with before the 2019 general elections.

“I want to say that today, as I sit here, if I give a directive to our members in the National Assembly to impeach for constitutional infractions, it would be carried out because we have that majority.

“There is no man of integrity and honesty as Buba Galadima. Those of us that had sacrificed our sweat and blood cannot sit idly and watch these values destroyed. This is the beginning of what is called crisis in the party.

“Nigerians from all works of life have shown solidarity with us. For those who said that they are not losing sleep, why are they scampering to the National Assembly to beg cap in hand,” Galadima had declared.