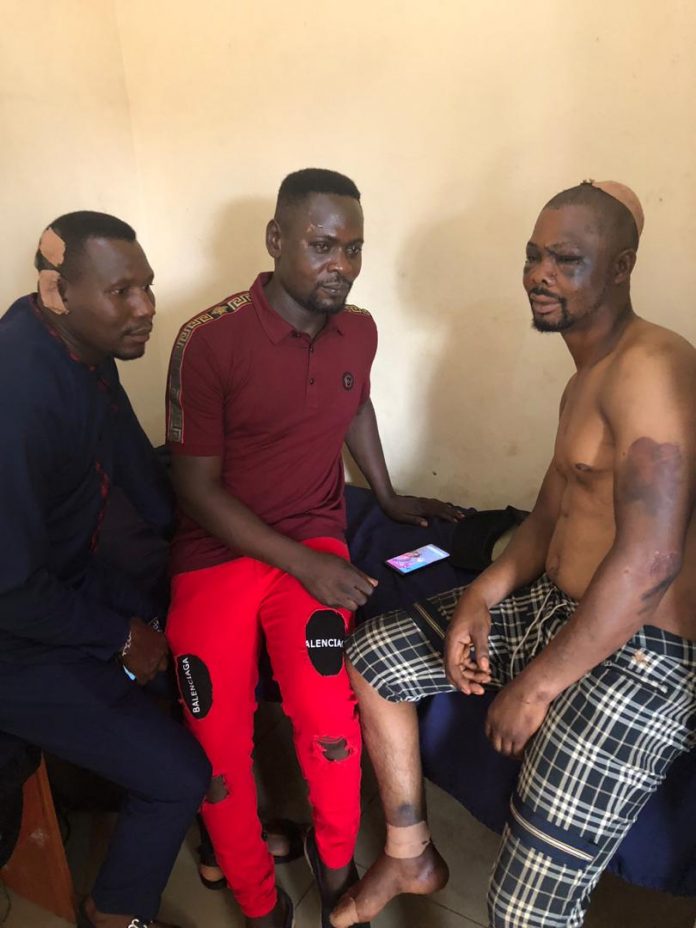 The Acting Inspector General of Police, IGP M.A Adamu, has ordered the immediate arrest and prosecution of all persons involved in the unprovoked and gruesome attack on Police officers who were on a legal duty to arrest some suspected armed robbers and receivers of a stolen vehicle in a community in Cross River State. DCP Frank Mba, Force Public Relations Officer, Force Headquarters, Abuja, in a statement narrated that the attack which occurred on April 17, 2019, at Ogoja Community, was masterminded and executed by one Ikenga, a notorious receiver of stolen property, and his gang members. He noted that four Police officers attached to IGP Intelligence Response Team (IRT) unit were seriously and grievously wounded, with deep matchet cuts on their heads and other parts of their bodies.

The detectives, victims of the savage attack, according to Mba were investigating a case of a stolen Toyota Sienna Bus earlier reported by the Master Chapel Church, a Pentecostal church based in Lagos. The detectives had, after a painstaking investigation, arrested four male suspects – Peter, Ben, Ebuka and Johnson.

It was noted that the suspects who were positively implicated in the crime by Police investigation, confessed to stealing the vehicle.

Mba further narrated: “They stated further that they had sold the vehicle to another criminal in Benue State. Hence, detectives moved to Benue State with one of the suspects. On arrest of the suspect in Benue State, he stated that he had sold the vehicle to another notorious receiver of stolen goods based in Ogoja for a sum of N250, 000 Naira. With this discovery, the detectives proceeded straight to Cross River State, where the notorious receiver IKENGA was apprehended and the stolen vehicle recovered.

“However, in a bizarre twist, shortly after his arrest, the suspect raised an alarm in his native language which attracted his gang members. Subsequently, the policemen came under serious physical attack from weapon-wielding hoodlums. The officers were savagely butchered by these armed gangs. Consequently, Ikenga, the notorious crook escaped with the stolen vehicle.”

Accordingly, the IGP condemning the attack in very strong terms, warned that the Police under his watch will not tolerate criminal attacks and assault on its personnel or facilities. He enjoined traditional rulers and community leaders not to allow such attacks to take place in their domain as they may be called to account.

The IGP, therefore, ordered the immediate manhunt and arrest of IKenga and other members of his gang. He also urged members of the public to avail the Police with credible and useful information that will lead to the apprehension of all persons involved in these unwholesome and illegal acts.