AS the Federal Government considers reviewing aviation policy in line with the dawn of a new era of change, experts have canvased for a private-sector-driven industry that will allow credible Private Public Partnership with much of the commercial activities vested on private organizations.
One of the experts, Retired Captain Dele Ore, in a paper presentation titled: “Reviving the Aviation Industry in the Era of Change; How Feasible is this Assertion?” said the industry was still under the spell of monopoly that started in the early 60s and 70s when the government had a single carrier with 100% strict regulation and control of revenue without private participation. According to him, the industry lacked focus at the time and that led to a resounding crash.
He lamented that even today; all the private airlines are being influenced by the jinx as many still believe in the ideology of “one man business with one or two aircraft and a poor business model, struggling to break even in a highly competitive industry dominated by foreign giants.”
Apart from stiff competition, the indigenous airlines are also overburdened with cut throat tariffs and taxes that stunt their growth in the face of dilapidated airport infrastructure, monopoly of service providers and fuel price hike, among other scorching challenges, Ore added.
Capt. Ore noted that the era of change must usher in a business orientation that is private-driven with little or no government participation. According to him, the government must set a benchmark with the proposed national carrier by allowing the private sector to control 95 per cent of the stake as it is done in other climes.
He insisted that the aviation industry must experience a changed environment which allows for broad-based ownership of airlines with viable business models and focused growth. He expatiated that the airlines must give in to alliances, interlining and mergers in order to stage a fight against their foreign counterparts.
On stemming the menacing multiple entries from foreign airlines and capital flight, the Captain advised that government must grant economic bailout to the indigenous airlines “through hub creation and promulgation of single entry policy to minimize the influx of foreign airlines.”
He added that the government should improve on financial bailout to airlines while they struggle to beat other barriers in aircraft maintenance and fuel costs.
In reviewing the aviation policy, Ore advised that the government should comply with the Privatization and Commercialization Act of 1999; the Infrastructure Concession Regulatory Commission (Establishment) Act of 2005; the Fiscal Responsibility Act 2007; the Public Procurement Act 2007 and other relevant legislations as binding legal frameworks that ensure that public authorities are empowered to enter into Agreements for the implementation of privately financed infrastructure projects and can delegate their statutory functions to private companies.
Another expert, Chris Aligbe, in a recent interview with National Daily, said the government must realize that the industry is infant for it to decide what policy is best for it at this stage. In his words: “You can’t give an infant food that is meant for adult. If you do, the infant may choke to death. Let the government declare 10 years free tax holiday for all the indigenous airlines, assuming that they are all infants. Let there be waivers in tax, customs duties, parking fees and even down to fuel prices and ticket sales.
“When this happens, all the regulatory agencies, ground handling service providers and every stakeholder in the industry will adapt to that model until maturity is attained. You can’t begin to copy what others are doing simply because you have the same industry; you must consider your strength, the level of operation, the potentials and opportunities available for you to grow over time. That’s how it works. In fact, all the big names in the industry today had taken that path; is it British Airways, KLM, Delta, United or Lufthansa? Go and find out how they started,” Aligbe averred.
He also advised the government not to forget how Nigeria Airways collapsed just after few years in operation, noting that the major pitfall was gross mismanagement by unscrupulous individuals who lacked the discipline to manage public property. He said those pitfalls should be carefully avoided especially now that plans are underway for a national carrier. “Is it going to be a government thing like before? Then I can assure you that it won’t stand the test of time because we don’t have the discipline. But if the private sector is involved, the airline will stand the test of time.”
He also said for Nigeria to have the best airports, they must be privatized: “I have always spoken against managing all the nation’s airports from a central position. I am not against FAAN for whatever they are doing neither am I saying the agency should be scrapped; they can still be there as a regulatory authority but the management of business activities and building of structures should be contracted to private hands like what Bi-Courtney is doing.
“People are talking about zoning management of the airports but I wonder where that is going to take us and what good difference will it make? Airports all over the world are managed by private companies; go and find out. And we may never get the best airport or come close to best if we continue this way,” he added. 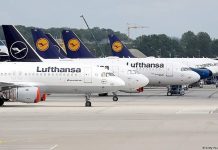 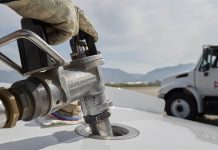