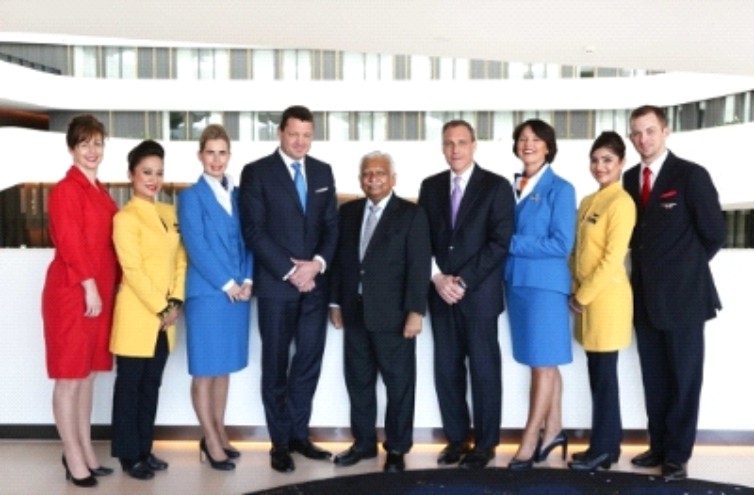 Over 11, 000 passengers flying across Europe, North America and India via Delta Air Lines on daily basis will soon start enjoying seamless flights as the airline has entered into a codeshare partnership with KLM Royal Dutch Airlines and Jet Airways to provide convenient connections for passengers to and from key destinations across the aforementioned regions, the airline has announced.

The strategic codeshare partnership with KLM Royal Dutch Airlines and Jet Airways is expected to offer one stop codeshare access between North America and India. It will also provide a soft-landing to customers travelling from North America and Europe via Amsterdam to connect onto Jet Airways’ network across India.

The three-way partnership will enable customers to enjoy enhanced connectivity and seamless travel throughout the combined networks of Jet Airways, KLM and Delta. Schedules of all three flights have been planned to allow quick and convenient connections between India and Toronto via Amsterdam.

Nat Pieper, Senior Vice President Europe, Middle East and Africa, Delta Air Lines said: “With more than 11,000 customers flying between the U.S. and India each day, our partnership with Jet Airways will enable us to meet the high demand for flights between the United States and the Indian sub-continent.  Plus, our customers will benefit from reciprocal loyalty offerings and lounge access, meaning they can enjoy the same benefits as they would when flying on Delta.”

Naresh Goyal, Chairman, Jet Airways, said: “We are delighted to announce the launch of our new services to Amsterdam. India’s trade relations with the Netherlands go back over 400 years and have continued to prosper in the modern age. The recent meeting between the Prime Ministers of India and the Netherlands has given a new impetus to this relationship. The new direct services by Jet Airways will facilitate greater engagement and co-operation between India and the Netherlands. As one of the fastest growing economies in the world, India has emerged as a key destination. Initiatives such as ‘Make in India’ and ‘Startup India’ launched by the Government of India have given a boost for foreign investment and trade.”

ALSO SEE: Richard Anderson to succeed as Chairman of Delta Airlines’ Board

Goyal added: “Our daily flights between Amsterdam and India will have a significant positive impact on our network and connectivity by opening up multiple destinations in Europe and North America. The codeshare partnerships with KLM and Delta will offer customers wider access, unmatched connectivity and seamless travel from key destinations in Europe and North America to India.”

Meanwhile, Pieter Elbers, President & CEO KLM said: “With this new partnership with Jet Airways we are happy to join hands in order to extend our services to more customers all over the world. Together with our Joint Venture partner Delta we will transfer passengers smoothly and swiftly between three continents and via KLM’s home base Amsterdam Airport Schiphol, thus expanding choice and connectivity for our customers. The economic value of the partnership for the integral Dutch economy is estimated €100 million annually.”

Terms of the engagement includes an extensive European network through Jet Airways. The airline is mandated to place its marketing code on KLM’s flights from Amsterdam to 30 cities across Europe including key destinations such as: Berlin, Brussels, Copenhagen, Dusseldorf, Edinburgh, Geneva, Gothenburg, Hamburg, Helsinki, Madrid, Manchester, Oslo, Prague, Stockholm, Stuttgart, Vienna, and Zurich.

And for customers flying on KLM and Delta flights from North America and Europe, there will be increased travel options to India and beyond as both airlines will place their marketing codes on Jet Airways’ flights between Amsterdam and Mumbai and Delhi.  The airlines will also place their codes on flights beyond these gateways to key destinations including: Hyderabad, Bengaluru, Goa, Chennai, Ahmedabad, Kochi, Kolkata, and Amritsar.  Subject to government approvals, KLM and Delta will also codeshare on flights to Kathmandu, Nepal and Dhaka, Bangladesh.

Customers flying via Mumbai and Delhi will also be able to access Jet Airways’ network of 48 destinations within India as well as destinations in the Indian subcontinent and Asia.

Meanwhile, there are also enormous benefits for Cargo customers as Amsterdam’s favorite, Schiphol Airport is positioned as one of the largest gateways in Europe providing greater options for Jet Airways’ freight customers; thanks to seamless links with sea, rail and road transportation. Jet Airways’ direct daily flights from Amsterdam will benefit exports from the Netherlands including pharmaceuticals, specialized medical equipment, food and horticultural products, by facilitating access to Jet Airways’ network across the vast Indian market.

Delta Air Lines also reported that other codeshare routes are waiting approval of governments and the authorities involved.

In the Netherlands, KLM comprises the core of the KLM Group, which further includes KLM Cityhopper, transavia.com and Martinair. KLM serves all its destinations using a modern fleet and employs over 32,000 people around the world. KLM is a leader in the airline industry, offering reliable operations and customer-oriented products resulting from its policy of enthusiasm and sustainable innovation. KLM is a member of the global SkyTeam airline alliance, offering customers an extensive worldwide network. The KLM network connects the Netherlands to every important economic region in the world and, as such, serves as a powerful driver for the economy.

Delta Air Lines serves nearly 180 million customers each year. In 2016, Delta was named to Fortune’s top 50 Most Admired Companies in addition to being named the most admired airline for the fifth time in six years. Additionally, Delta has ranked No.1 in the Business Travel News Annual Airline survey for an unprecedented five consecutive years. With an industry-leading global network, Delta and the Delta Connection carriers offer service to 327 destinations in 57 countries on six continents.