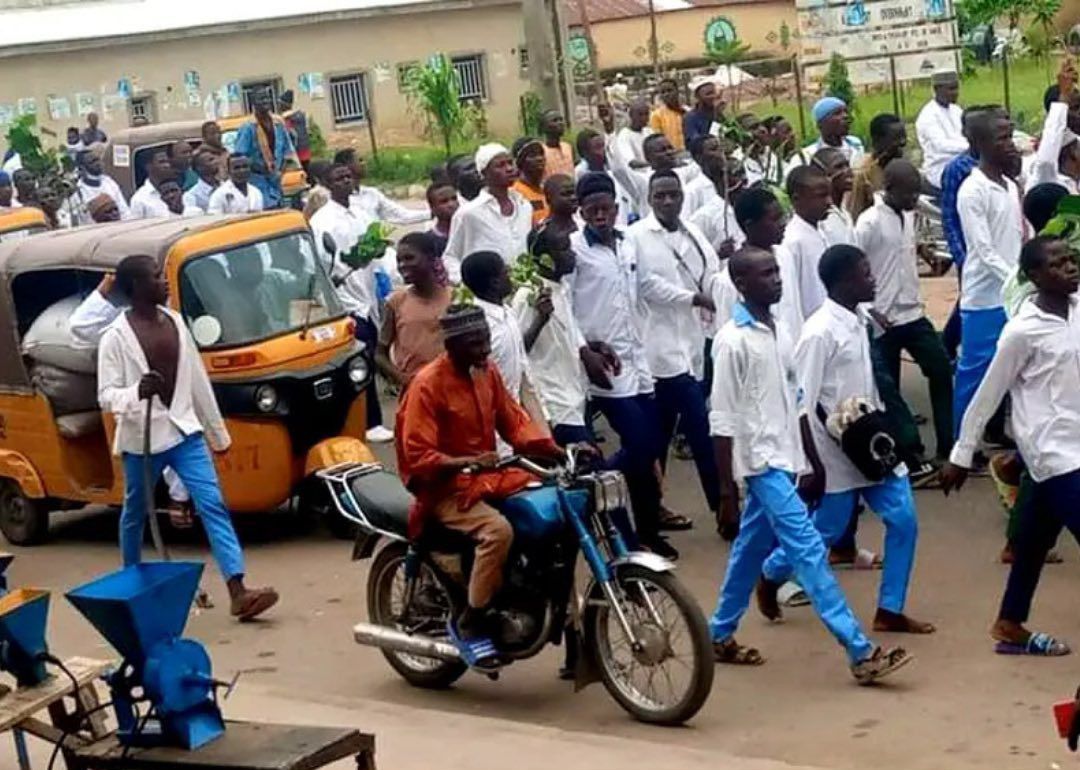 Secondary school students on Monday, September 26, took to the streets of Bauchi to protest the separation of boys from girls in their schools.

Commissioner for Education Dr. Aliyu Tilde last week said the government resolved to separate male and female pupils in public secondary schools due to moral decadence among the pupils on social media, which has become prevalent in mixed schools.

According to him, the government has decided to revisit the 1978 policy that abrogated core education in the state adding the move would only be executed whenever and wherever it was possible.

He said private schools would take a cue from the initiative and separate the males who would be attending their academic activities in one institution and the females in another separate institution.