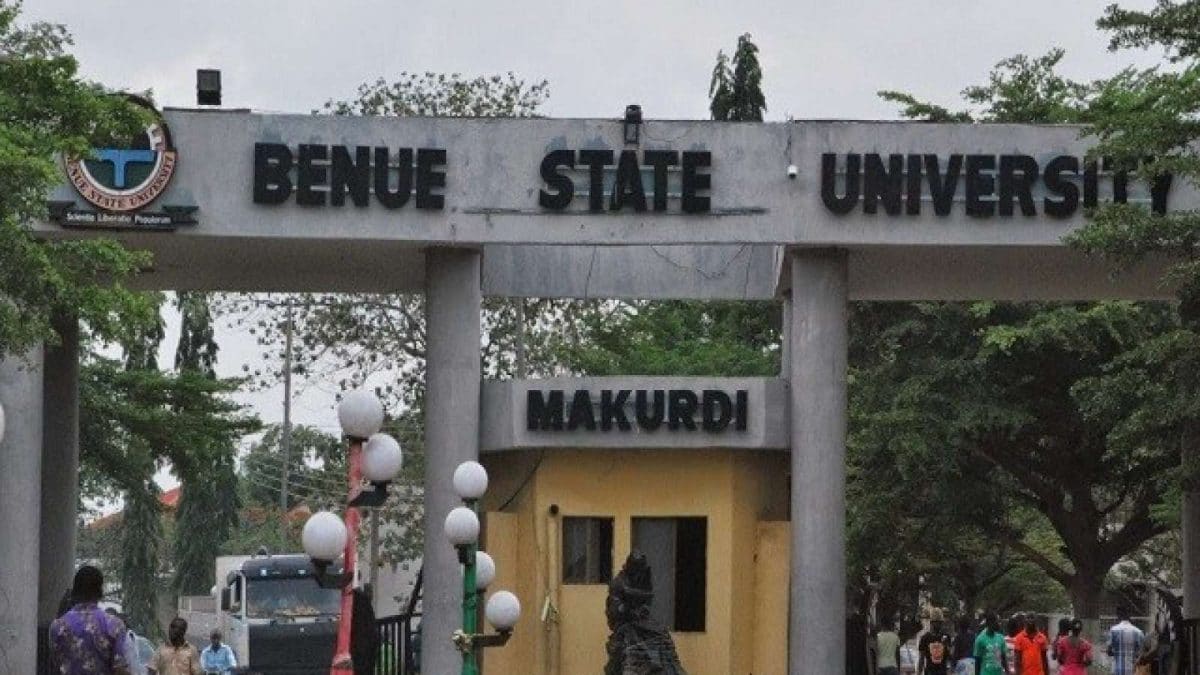 Authorities of the Benue state University has announced the closing of the school indefinitely following protest by the student of the school on Monday.

The management of the institution, while announcing the closure on Monday, in a statement signed by its Registrar, Dr. Mrs. Mfaga Modom, said the decision was not unconnected to the closure of entry gates of the university by the students on Monday morning.

“Following the closure of all the university entry gates by students on Monday, 2nd September, 2019 despite all entreaties by the University Management, the Vice-Chancellor/Chairman of Senate on behalf of the Senate of the Benue State University, Makurdi has approved the closure of the University with immediate effect”, the statement said.

Though the cause of the students’ action was not known, but the management said its swift decision to shut down the university, was “to avoid further breakdown of law and order in and around the University campus”.

Share this on WhatsApp
Related Topics:Benue State UniversityProtest
Up Next