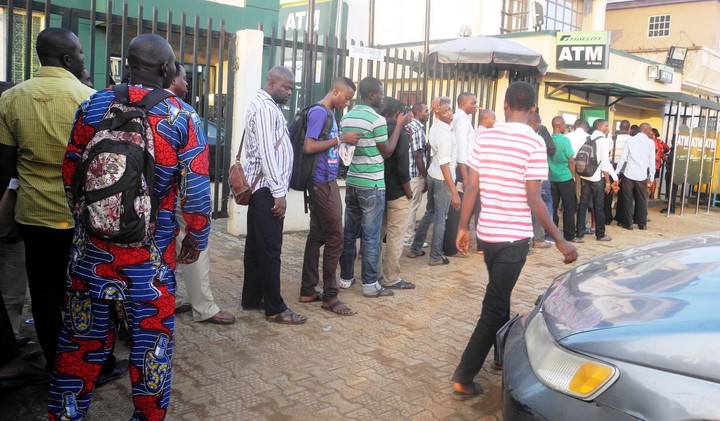 The issue of some ATM Machine dispensing fake naira notes has become worrisome, and has eroded public confidence in some of the notes, especially the N1000 note, the highest denomination in Nigeria, National Daily investigation has revealed.

More worrisome is that most cases, victims of the fake naira notes dispensed by the ATMs, suffer anxiety and confusion, as no concrete and proactive measures are taken by commercial banks to correct these anomalies.

This past week, a customer who withdrew money from an old generation bank went to another bank few metres away to deposit part of the money in another bank, but was shocked when the cashier told him that some of the N1000 notes were fake. Efforts to explain the source of the money were rebuffed.

The cashier and customers in that bank confirmed that the development was not strange but was now becoming rampant.

Similarly, a customer with one of the new generation bank, Bankole Opeifa told National Daily that he was a victim in January. “I was at the bank to retrieve my ATM, as soon as I was through with the process, I went to one of the ATM machine to withdraw, and later in the day I noticed that one of the one thousand naira note is fake.”

According to Bankole, when he went to the bank to report the incident at the bank, the bank denied, saying it was impossible for their ATM machines to dispense fake naira notes.

Another victim, Chidi Okafor said towards the last Christmas period, he had collected about fifteen thousand from a GTB ATM machine in Mushin. “I withdrew the money in the evening and I discovered it the second when I wanted to pay some money into somebody’s account.”

This trend, experts argued has the potential of eroding public confidence in Nigerian banks, if it is not curbed.

Reacting to the issue during a telephone conversation with National Daily, a head of corporate affairs in of the banks who pleaded anonymity, did not rule out the handiwork of people he described as ‘bad elements’ in the system.

According to him, there is need for the banks to take extra vigilance on those uploading money into the ATMs and double-check bundle of currency notes being put in the vaults by the Tellers.

A financial analyst and Chief Operating Officer, Twinsronk Consulting, Okechukwu Amadi, warned that the act should not be allowed to spread as it was capable of rubbishing the nation’s banking system. “I have heard of it before but I thought it was all a rumour. One can understand the use of fake currency in public place certainly not in the bank.

Also reacting, a source within the Central Bank of Nigeria told National Daily, that fake naira notes in ATM is an operational issue. “If they are processed, their machines are supposed to identify fake notes. So, if you find a fake note in an ATM, it means that somebody in the commercial bank did not do what he is supposed to do. There is also the possibility that the censors of the ATM that receives and pays are not working.”

Gates spent $250 million on Nigeria in 2016, urges friends to donate half their wealth at death