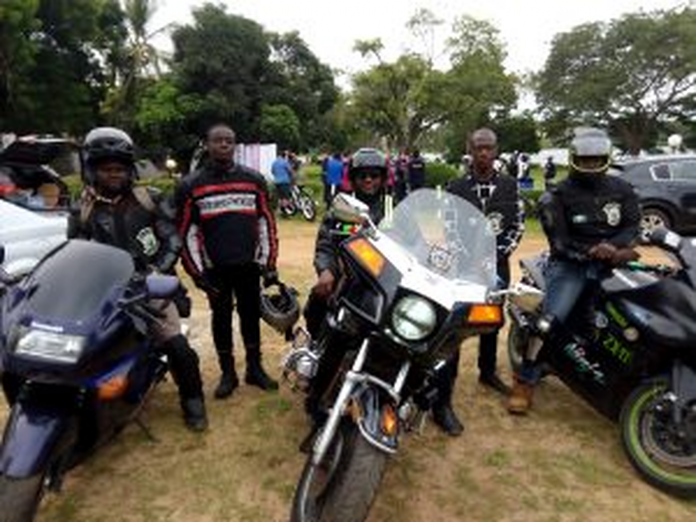 A Motobikers Club (MC), Altruism Bikers Squad based in Ilorin said the group would embark on rehabilitation of bad roads in Ilorin metropolis.

Mr Akanbi Abdulbaqi, the MC President told the News Agency of Nigeria (NAN) on Sunday in Ilorin that the club is established to promote peace and development in Nigeria.

He explained that the MC is based on the culture and traditions of the people of their area, while observing that Ilorin is a religious place.

According to him, the club has being engaging in charity activities such as visitation to children reception centres to donate to motherless children and reaching out to people in correctional facilities in the state.

He explained that they visited correctional facilities in the state to give them motivational talks on the need to turn around and become good citizens.

“We are law abiding citizens, contrary to the perception people have of MC clubs as rowdy and riding their power bikes to disturb.

“Our aim is to partner organisations such as the United Nations International Children Emergency Fund (UNICEF) and World Health Organisation, in rendering selfless service to people,” he said.

He disclosed that the group have about 10 members and not restricted to only rich people.

Speaking to NAN also, Mr Ogunleye Kazeem, the Vice-President of the MC, added that riding motorbike, popularly known as power bike, is not restricted to the United States, but for all people.

“We enjoy riding because it gives us joy. We are not riding to constitute nuisance to the society, as we are into developmental services,” he said.

Kazeem pointed out that some power bikes are affordable depending on the capacity, adding that some sell for as low as N500,000 and as high as N8 million.