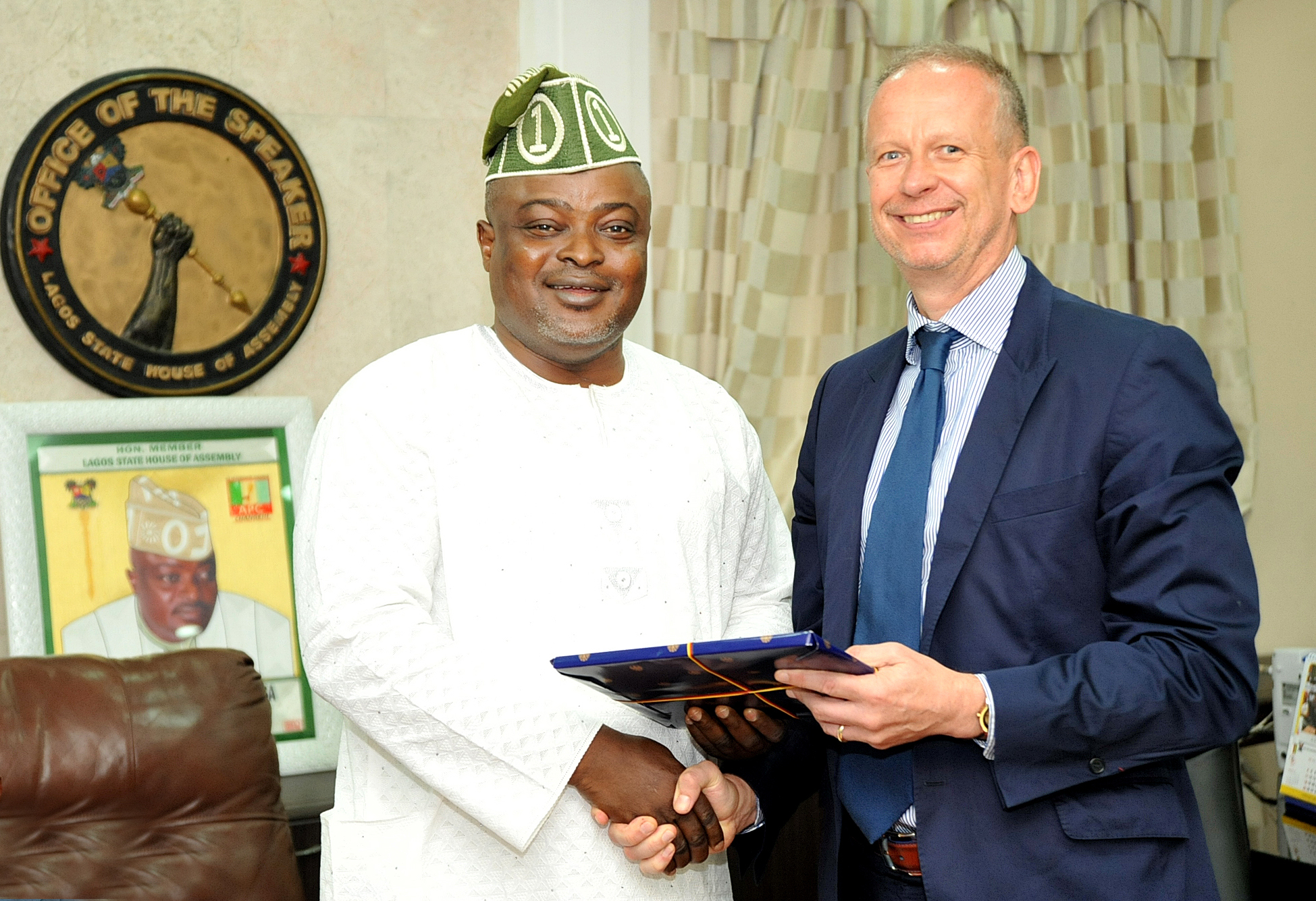 The Speaker of the Lagos state state House of Assembly Rt. Hon. Mudashiru Obasa has urged German companies to invest in Lagos State as a way of strengthening the bilateral relationship between Nigeria and Germany.

The Speaker, made the appeal while receiving the Consular General of Germany, Ingo Herbert who was on a courtesy call at Lagos Assembly Complex, Alausa Ikeja.

The Speaker while welcoming the guest noted that the long standing relationship between Nigeria and Germany should be consolidated,”the interest of Germany in our country cannot be undermined.” He stressed

While assuring the visitors of enabling environment to invest in the state, Obasa added that the Lagos State House of Assembly would continue to make laws that would be investors friendly.

“I want to urge you to bring your people to our country especially Lagos to come and invest. We are assuring you of security of lives and property,” Obasa said.

He stressed that the visit of the Consular General was apt adding that “since you would be privy to our sitting today at the plenary, we would be screening and confirming the Governor’s nominees.”

The Speaker noted thatthe screening of the Governor’s nominees and subsequent confirmation by the state Assembly, was a justification for checks and balances which the country has learnt from advanced democracy like Germany.

Earlier, the Consular General, Ingo Herbert who was accompanied by his Deputy, Santa Di Pasquale told the Speaker that they have been in the country in the last six weeks as a way of ensuring better relationship between the two countries.

In his response to the Speaker’s request for investment, the Consular General disclosed that the state Governor, Akinwunmi Ambode had made similar request.

While assuring the Speaker of his country’s readiness to invest in Lagos, Herbert stated that Nigeria and Germany share similar characteristics in terms of federal structure.

The envoy explained that Germany has renewed her interest in Nigeria since the new administration came on board in May.

He also hinted that before the end of the year, Germany has arrangements to come and invest in the state.