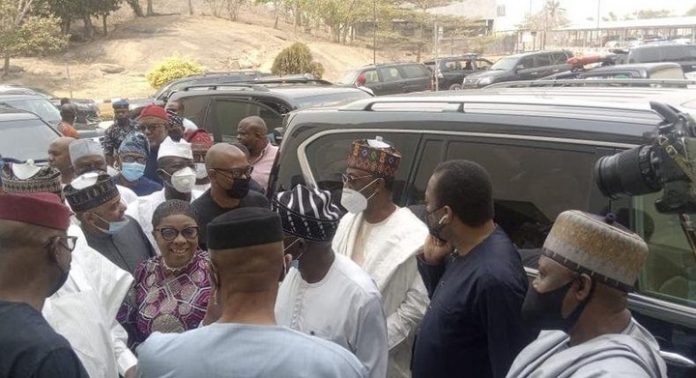 The Chieftains of the opposition party reportedly arrived at the ex-president’s penthouse residence at his Olusegun Obasanjo Presidential Library (OOPL), Oke Mosan, Abeokuta, at about 12:25 pm.

Some of the PDP chieftains that paid a visit to the ex-president include Vice Presidential candidate of the party in the 2019 presidential election, Peter Obi, former governors, Sule Lamido, Olusegun Mimiko, Liyel Imoke, and Donald Duke.

The Deputy National Chairman of PDP (South), Taofeek Arapaja, and other party officials were also part of the team that stormed the ex-president’s residence.