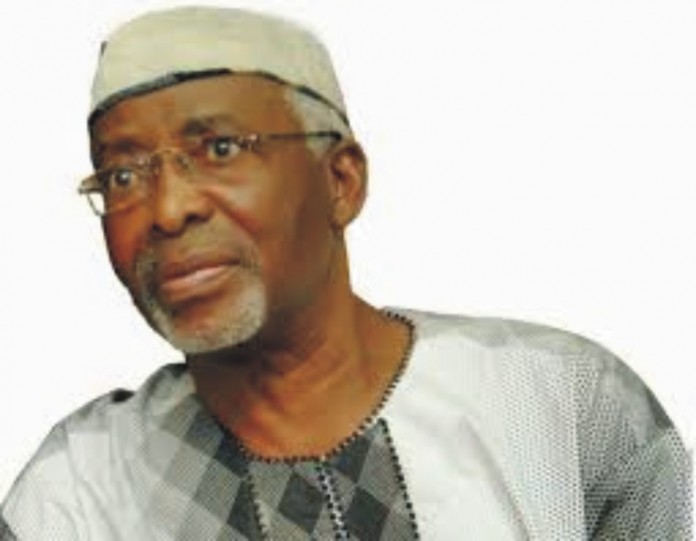 Dr. Fredrick Fasehun, National Chairman, Unity Party of Nigeria (UPN); Founder/Leader, Odua People’s Congress (OPC); is a renowned advocate for good governance, justice and equity in the polity. In this interview, he decries the economic crisis in the country, expressing the belief that the All Progressives Congress (APC) leaders will correct their errors in government and place the country on the right track of economic development. He accuses the Fulani of renewing the 1804 annexation of Nigeria.

WHAT is your feeling about the invasion and killings in local communities by Fulani herdsmen?
We have been working so hard to keep the unity of this country but the Fulani seem to be sending signals that the unity of Nigeria is no longer necessary. The Fulani herdsmen invasion of communities and killing of defenseless citizens is dangerous. It is dangerous to our national interest; it is dangerous to national integration. The Fulani have resumed the annexation of Nigeria which they started in 1804. They are taking over our cultural heritage.
We have coexisted with mutual understanding and mutual respect for the disparate ethnic nationalities in these past years we have presidents from the South. That mutual understanding is fast being destroyed by hegemonic ethnic hatred.
President Muhammadu Buhari is governing the country by intimidation. The Fulani herdsmen are killing and intimidating other parts of Nigeria outside the northern region, heads of government agencies are using federal powers to intimidate leaders from other parts of the country.
We have had political leadership from this part of the country over the years and there was no intimidation of anybody, group or any other part of the country for any reason. Now, that we say let political leadership come from the other part of the country, there is intimidation, impunity in the use of power everywhere.
Now that they have taken over our cultural leadership, they want to integrate their culture into our national life, they are interested in total annexation of Nigeria; this is a dangerous situation. They promised us change but are now on annexation of Nigeria. They are thinking of annexing the whole country, the President must speak out; he shouldn’t wait until other ethnic nationalities begin to rise in arms for self-defence. What if people begin to say, since our lives are no longer secured because you are grazing your cattle on our land, you can no longer graze your cattle on our land. Then, people start killing of the cattle, is that not roadmap to civil war.
President Buhari has a way of keeping silence when Nigeria is at a boiling point. Because of his silence, people are forced to think he is in support of the Fulani invasion and killings in the various communities. President Buhari should speak up. He delayed so much before ordering military action against the rampaging Fulani herdsmen.

Do you have any reservation, then, on the grazing bill in the National Assembly?
That is an express annexation of the country by the Fulani. Now, the Fulani are killing with sophisticated weapons, they will then have the law to acquire and occupy lands belonging to their host communities by force. Grazing law is the best way to annex the whole of Nigeria.
The traditional Fulani we know do not associate their herdsmen with AK47; they are known to move about with sticks on their necks for shepherding their cattle. Now, their trade has suddenly changed to invasion of communities and destruction of lives and property, using high caliber guns.
The Fulani herdsmen are behaving as if nobody is in charge of the government of this country any more. They were in Akure few months ago, now, they have gone to Enugu to kill, are they grazing cattle in Enugu. Some of us are compelled to ask – is there nobody controlling the federal government?
Where are these Fulani coming from? Who are the owners of the cattle? Who are those providing the herdsmen these weapons, training them on the use of guns? Do they have special account from where they finance their activities? You cannot wake up and start using AK47, somebody must train you. So, who is training the herdsmen on the use of AK47?
They are ambitious to annex the country; now, that they have Abraham as their father, they have no restraint.
The Hausas are more populous in the North than the Fulani; how did the Hausa emirates lose positions to emirs of Fulani descent.
Nobody is saying Buhari sent the Fulani herdsmen to be killing people but he is the President of Nigeria. It is obvious Buhari is not a Yoruba man, not an Igbo man, though, he is President of the entire Nigeria, he is Fulani by descent. Now, the Fulani are annexing the cultural leadership of the country, intimidating and killing people to forcefully acquire and occupy their land. We are watching!
People had certain feelings and skepticism about Buhari before he became President, it is like those suspicions and ill-feelings are becoming real.
The President must take firm action now. Buhari must not wait for the various ethnic groups to start asking questions. The MASSOB, IPOB in the South East will begin to ask questions; the OPC in the South West, the Niger Delta militants in the South-South; also, the Arewa Youths in the North, will all rise to ask national questions concomitantly. That is recipe to anarchy. We still wonder, it is like nobody is in charge.

The APC-Government now pegs the number of beneficiaries from the N5,000 monthly allowance for the extreme poor at one million contrary to 25 million promised during the campaign, what is your view on this?
APC has never kept any of its promises. Whether to attribute this as the APC principle, everything APC leaders promised, they have gone back on them. They promised us change; the change cannot be sustained at this level where no single promise has been fulfilled. They promised they will pay allowances to unemployed graduates, later they denied making that promise. They promised to strengthen the Naira against foreign currencies, today, the Naira has been reduced to nothing. So, it is no surprise that they are descending from 25 million Nigerian poor to one million beneficiaries of the N5,000 monthly stipend.
The APC government is toying with the destiny of over 170 million Nigerians. Nigeria is a heady country with over 170 million people who have the impetus to make things happen.

Do you support the populist condemnation of the purchase of SUV Jeeps for members of the National Assembly?
The lawmakers in the National Assembly are there for themselves. They are not representing anybody. They are there to make money for themselves, to get rich. Immediately after their inauguration, their first priority was demand for wardrobe allowance, newspaper allowance, higher salaries and sitting allowances.
It’s going to about one year, they have not passed one bill, even the 2016 budget bill was still controversial and inconclusive until last Friday the President signed it into law. So, they are there for themselves. But we are waiting for them to come and give account of their stewardship. The southern lawmakers are being intimidated and cannot speak for their districts.

What is your assessment of the management of the economy by the present administration?
Nigeria is in economic mess. The economy has deeply gone down under this government. I learnt that Nigeria is now 17th economy in Africa as indicted in the April growth rate assessment by the International Monetary Fund (IMF). This is a country that has the fastest growing economy in Africa as at the time power was handed over to this administration.
They promised us change; this is a change to hardship. They promised five million jobs a year, in the next three weeks, one year is gone and not a single job has been created. Unemployment rate is rising. They promised us electricity so that there will be light for darkness to disappear. We are having more darkness than light yet we are paying more. When there is light, crime reduces; since darkness has increased, crime has also increased all over the place.
Now, we generate electricity ourselves, we provide ourselves with water, we also organize ourselves to provide security. Security can no longer be guaranteed; we now sleep with one eye closed, one eye open. Like I asked earlier, is there no one in charge?
Prices of goods and services have risen astronomically; inflation soaring to high heavens.
We bought a bag of rice in December 2014 at N4,000; we bought that same bag of rice in December 2015 at N16,000 where the minimum wage is N18,000. So, a civil servant earning minimum wage, if he buys a bag of rice for his family in December, it means his children will not go to school in January because he cannot pay school fees.
Nigerians are watching. People are complaining of bad roads, complaining of lack of electricity, no security; workers are being retrenched in companies. Petrol scarcity has come to live with Nigerians even at exorbitant price.
The government has not been able to deliver and everyone in government is making excuses why they have failed to perform.

Do these imply frustration?
Of course, they are all about frustration. Everybody is complaining. The civil servants are complaining, governors have not paid salaries for months, the market women are complaining and crime is rising. It has come to a time when people are beginning to ask again and again, is there nobody in charge.
They told us they are fighting corruption; yet, everywhere, they are fighting corruption with corruption. They have indicted several people of corruption, arrested them, what has happened. How many of them have been successfully prosecuted; who has been jailed or what has been recovered? It is not in all cases you jail somebody for corruption but you can recover what he stole. How much recovery have they made? You don’t accuse somebody of corruption, then, you go to the back and reward that person, you are not fighting corruption. Buhari is known as a disciplinarian who has high integrity not to let corruption thrive. Now, one year is gone, the economy has gone so down; they have three more years to make amend and place the economy on the right path of development. I pray and hope they will recover and make Nigeria work. 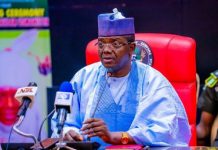