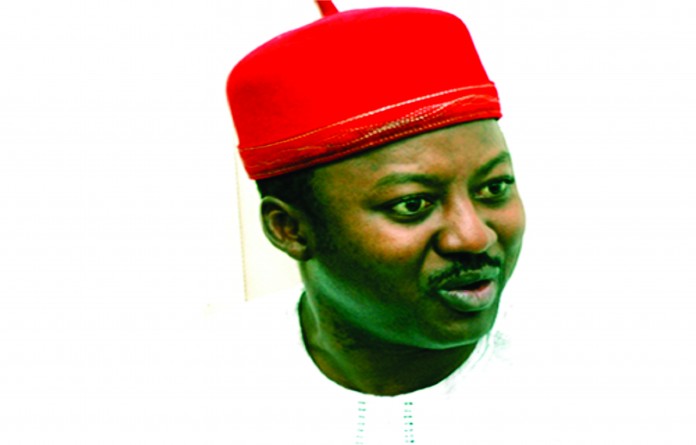 The outcome of the 2019 general elections is still generating controversies in Nigeria’s political space even after the inauguration of the emergent President Muhammadu Buhari who was declared winner of the February 23, 2019 presidential election by the INEC. In this interview with SUNDAY ODIBASHI, a former Presidential candidate in 2011 and 2015, Martin Onovo, decries that Nigeria recorded the worst electoral process in history in the 2019 general elections.

Nigeria conducted General Elections between February and March 2019, would you consider the electoral process an improvement from past elections?
We consider the 2019 presidential elections are the worst elections ever in the history of Nigeria. It went against all norms of democracy, law and morality. The Nigeria Army went wild, partisan and violent in its unprofessional support for the ruling party. As was predicted prior to the elections by former President Obasanjo, the ruling party in connivance with INEC manipulated the elections. They suppressed votes in the South and inflated votes in the North, including in some Northeast states that had no significant voting due to serious security problems. Fortunately, they still lost even with all their manipulations. Then, they falsified the results. Most local and international observers had grave observations against the elections.
Even with all the manipulations of INEC and the ruling party, President Buhari still lost the elections as was confirmed by data on the INEC server. Then, the results were falsified by INEC and the ruling party. The false figures were announced by INEC and Nigerians have been mourning since then. Even the Stock market mourned with deep losses. Fortunately, several opposition parties have rejected the results and four parties have filed petitions at the ‘Presidential Elections Petition Tribunal’. Also Organized Labour, religious leaders and socio-cultural organizations from all regions have rejected the results. All former elected presidents have also rejected the results.
President Buhari knows that he is extremely unpopular. He knows that he lost the elections. He was defeated with a very wide margin and he must accept defeat. Otherwise, he must be held responsible for the destruction of democracy, the disruption of a smooth transition and the associated consequences that include, social tension, waste, corruption, disorder, lawlessness and impunity.

Are you saying the result of the presidential election didn’t reflect the will of Nigerians at the polling units?
Clearly, it did not reflect the will of Nigerians. With the false figures published for most northern states particularly, Kaduna, Kano, Katsina, Borno and Yobe states and the very violent suppression of votes in Lagos State and other southern states, it is clear that the will of Nigerians was overthrown by the ruling party in connivance with INEC. Happily, the rejection of the false results has been resounding and widespread. The evidence that the election results were falsified is overwhelming. Even the INEC server shows that Buhari lost the election.

Does the rejection you said earlier relate to the absence of former Nigerian Presidents and Heads of State at the inauguration of President Muhammadu Buhari on May 29, 2019?
It seems obvious that all former elected presidents were absent in accordance with their rejection of the electoral fraud. Also most former military heads of state boycotted the very shameful event. Gen. Gowon is the only former military head of state that attended that shameful event.

ALSO READ: Why Melaye may become next Kogi governor – Fani-Kayode

Former President Obasanjo raised an alarm of plot to Islamise and Fulanise Nigeria by the Buhari administration, do you agree with the former President?
We agree completely. We all held the same position even before he raised the alarm. Prof. Ben Nwabueze, SAN, had taken the same position publicly many years before. Afenifere too had taken the same position. The evidence is dreadful, including, President Buhari’s divisive theory of 97% vs. 5%,
The Islamic skew in the educational curriculum.
The sectional appointment of key officials of government, the sectional appointment of security chiefs and recruitment into MDAs.
The deliberate neglect to restrain terrorist Fulani herdsmen while they are violently taking over many communities across the country and displacing indigenous peoples.
The empowerment of Miyetti Allah with the unlawful N100B fund and the Fulani AM radio station.
The unlawful humiliation and harassment of very many southern Christians like the former Chief Justice of Nigeria, Hon. Justice Walter Onnoghen and AIT Founder, Chief Raymond Dokpesi.

President Buhari is launching into the second tenure with the mantra – NEXT LEVEL – in your view; did the President fulfill his first term promises?
President Buhari has no second tenure. He lost the election. It is a stolen mandate. It will not stand. The first term was evil. This time is the “Next evil” that was introduced with the falsification of the election results. It will not stand. The first term promises were very deceitful;
Instead of the promised defeat of Boko Haram, he empowered them with a ransom of two million Euros (€) and released their most deadly commanders and bomb makers.
Instead of the promised security, Nigeria has gone from the fourth most terrorized country in the world to the third most terrorized country in the world.
Instead of the promised fight against corruption he focused on persecuting political opponents while his officers and supporters engage in massive unprecedented corruption.
Instead of the promised improvements in the economy, he has ruined the economy. He put the country in a debt trap, promoted inflation and unemployment to the highest levels ever, destroyed the Naira and made Nigeria the global capital of extreme poverty.

What prospect do you think the NEXT LEVEL holds for Nigerians?
If God does not save us from this illegitimate ruling party, it will certainly be another catastrophe worse than the previous one. We must pray. We must do the right things if we want the right results. The government, consistently and deliberately, did many wrong things and we can all see the wrong results of moral decay, division, dictatorship and poverty. God help us.

Pa Ayo Adebanjo has said that he does not recognize Buhari as President; do you think there is rationale in such statement after a general election?
Pa Ayo Adebanjo is right. It is a stolen mandate.
According to Dr. Farooq Kperogi, Ph. D., “An illegitimate, ethically stained Chief Justice of Nigeria inaugurated an illegitimate president who unashamedly stole someone else’s electoral mandate in broad daylight”.
According to Dr. Femi Aribisala, Ph. D. (Oxford), “The Courts Must Declare Atiku Abubakar President Of Nigeria”.
Pa Ayo Adebanjo and the great majority of Nigerians do not recognize Gen. Buhari presently as the legitimate president. We agree with Pa Adebanjo.