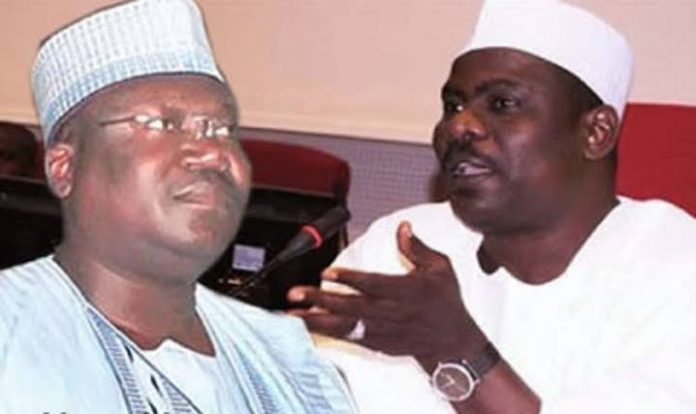 The Peoples Democratic Party (PDP) will this Monday decide on who to support for the President of the Senate whose election will hold at the resumption of the Ninth National Assembly on Tuesday. Party sources revealed that PDP leaders and the newly elected federal lawmakers on the party’s platform have scheduled to meet in Abuja on Monday for a final decision on who the party will support in the senate president race between Senator Ahmad Lawan and Senator Ali Ndume. Both Lawan and Ndume are members of the ruling All Progressives Congress (APC), have made overtures to PDP lawmakers lobbying for their support in the Tuesday election.

National Daily learned that PDP Deputy National Publicity Secretary, Diran Odeyemi, acknowledged that the leading opposition party will make decision on the candidate to support for the senate president a “last-minute affair.”

ALSO READ: Why Tinubu is desperate to install Lawan, others – AYCF

PDP National Chairman, Prince Uche Secondus, had also noted that the party deliberately declined statements on the candidate to support for the senate president and Speaker of the House of Representatives. The party “will not disappoint Nigerians and we will have their interest at heart when we decide on what to do” on the matter, Secondus had declared.

He had maintained: PDP “is aware that Nigerians are looking towards us for direction and leadership because it will be wrong to have a docile National Assembly. We will not disappoint them in that regards.”

The good news is that PDP is not sponsoring any party members for either the Senate President or the Speaker of the House. It’s all APC affairs.