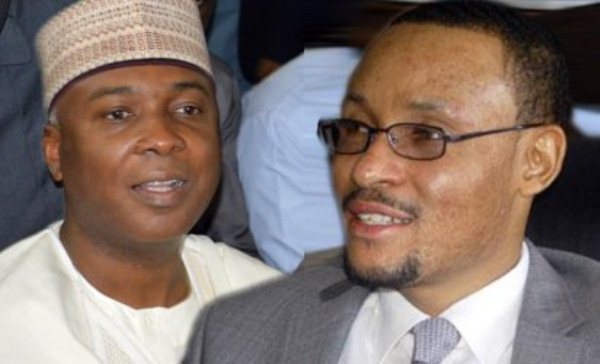 THE Chairman of the Code of Conduct Tribunal (CCT), Justice Danladi Umar, appears to have come in terms with realities or political colouration of the prosecution of the President of the Senate, Dr. Abubakar Bukola Saraki who is facing 13-count charge brought before the CCT by the Code of Conduct Bureau (CCB).

National Daily gathered that the discovery of the realities influenced a perceived change in the attitude of the CCT chairman from a seeming harshness against the Senate President displayed at the early stage of the case.

It was noticeable that Saraki’s legal team deployed sophisticated processes in responding to the relative unfriendly actions of the CCT chairman which at the critical period, which was complicating the proceedings at the tribunal. This, in conjunction with other forces, was gathered to have compelled the CCT chairman to step down on certain hard orders on the Senate President.

He disclosed that the recent revelation by Justice Danladi Umar, Chairman of the Code of Conduct Tribunal, of the “serious influence” the tribunal came under during the trial of a former governor of Lagos State, Bola Tinubu, was a hypothetical testimony to what might have been happening in the Saraki’s trial before they got to the point of that revelation.

He added that the revelation that the tribunal was under immense pressure, but it “did what it had to do”; reassured the legal team of Saraki that the CCT chairman was prepared to allow justice to prevail in the proceedings.

Umar had declared at a sitting of the CCT, penultimate week: “We must be fair to ourselves, because we will be accountable to Allah. I want to say that during the case of Bola Tinubu, we were under serious influence, so, we did what we had to do.”

The CCT chairman used the revelation to prove his fairness in the trial of the Senate President, and also to appeal to the defence team for a better sense of urgency in making its case, noting the cross-examination of prosecution witness as dragging for too long.

ALSO SEE: Saraki, his trial and the Senate

This laid to rest the phobia, insinuation and suspicion that the CCT chairman was probably taking instructions from someone in the Presidency who has close affinity with an All Progressives Congress (APC) leader perceived to be in power tussle with Saraki.

During the frightening moments, CCT chairman, had on one of the proceedings ordered security operatives attached to the Senate President to leave the courtroom. Umar, however, explained that his order was for the safety of all those that were present at the tribunal.

“We have observed that some armed security agents are at the tribunal. We want such security men to stay outside. They should stay outside of the court hall not inside. It is for the protection of us here,” Umar had said.

Kanu Agabi (SAN) lead counsel to the Senate President, however, encouraged the CCT chairman not to nurse fears because nobody would assassinate him.

“My prayer is for peace and understanding. By God’s grace, you are in that post to be instrumental. I believe harmony and love will prevail… Generations to come will adore you if you are humble and humane. Nobody will assassinate you, but you should be an advocate for peace,” Agabi had stated.

The CCT Chairman increased the suspicion when he ordered that the prosecution of the Senate President at the tribunal will hence be on day-to-day hearing on the 13-count charge.

Umar, relying on provisions of sections 376 and 315 of the Administration of Criminal Justice Act, ACJA, 2015, had ordered: “Let me state it here for both the prosecution and the defence that the trial of the defendant shall proceed on a day-to-day basis till the conclusion of this matter and it will begin from 10.00am to 6.00pm.” He was said to have directed that the tribunal would on each day of the trial, go on break at 1.00pm and 4.00pm.

The order raised more fears. The day-to-day hearing of the case was suspected to be a deliberate plot by the CCT chairman to lock out Saraki from attending legislative sessions in the Upper Chamber of the National Assembly.

Umar was also gathered to have ordered that senators should no longer accompany the Senate President to the tribunal, arguing that the trial of Saraki should not halt proceedings in the senate.

In the storm of the apprehension, Raphael Oluyede, one of Saraki’s lawyers, filed an application requesting Umar to disqualify himself from the case on the grounds that he was biased.

Saraki further redefined the political underpinning of his trial, saying that his refusal to support a Muslim/Muslim ticket for the APC in the 2015 presidential election is largely responsible for his ordeal at the CCT.

“I have also been accused of helping to frustrate some people’s opportunity to emerge as President Muhammadu Buhari’s running mate. But I have no problem with anybody. My concern was that it would not be politically smart of us to run with a Muslim-Muslim ticket.

I doubt if we would have won the election if we had done this, especially, after the PDP had successfully framed us a Muslim party. I felt we were no longer in 1993. Perhaps, more than ever before, Nigerians are more sensitive to issues of religious balancing. This was my original sin,” Saraki had declared.

“What they say to themselves, among other things, was that – if he could conspire against our ambition, then, he must not realise his own ambition as well,” the Senate President had declared inter alia.

National Daily gathered that the latter revelation by Saraki, who had at the beginning of his arraignment at the CCT complained that he was being prosecuted because he is the Senate President, created a new thinking in the north over the power tussle in the APC.

Meanwhile, Saraki, who earlier feared he will not get justice from the tribunal, has repeatedly assured his supporters that if there is fairness in the proceedings, he will be exonerated at the end.

President Buhari has consistently avoided any interference in the case.

How Akume withdrew N2bn hours before handing over