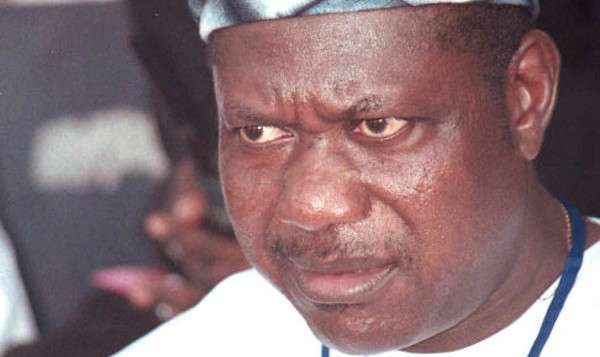 WHILE Sen. George Akume stands on moral high ground to criticise his predecessor Gabriel Suswam facing corruption trial, there are allegations flying around now that Akume, too, flipped out billions from Benue’s coffers in the twilight of his tenure.

“Less than 24 hours before he handed over to his successor Suswam in 2007, about N2 billion was siphoned off Benue’s treasury by the out-going governor,” Abubakar Tsav, a former police commissioner, told the National Daily.

Tsav is worried that Akume, now a ranking APC senator and Senate minority leader, with such a rotten past is the one hitting at Suswam for corruption.

“As usual my petition, with all the evidence of withdrawal, was shredded into trash-bin. I was later informed that it was Suswam who pleaded with the EFCC to drop the case”

Lamenting the depth of corruption in Benue, the former top cop said that APC Gov. Samuel Ortom now shields the former governor from being investigated.

“His [Akume] puppet, “the self-acclaimed man of God”, is not even making any reference to Akume’s plunder of Benue Treasury,” Tsav said.

According to him, Ortom has also been able to gag those that should have kept a beady eye on the current administration, thus allowing the cycle of plunder to continue.

“Hungry people and men without conscience who were in the forefront in the criticism of Samuel Ortom have been silenced with jobs to the detriment of the suffering masses and are today his die-hard supporters.”

Although the National Daily could not reach Akume for comments, the newspaper confronted his media aide David Orshi with the allegations—especially that Gov. Ortom is the one shielding Akume now.

Orshi, however, was unable to respond when the newspaper called, and the text messages sent him were not replied as at the time of filing the report.

The immediate past governor of Benue is currently standing trial before a Federal High Court in Abuja for allegedly embezzling and laundering billions of naira belonging to the north-central state.

Suswam was charged late last year by the Economic and Financial Crime Commission (EFCC) with embezzling and laundering N3.1 billion when he was governor of Benue State from 2007 to 2015.

The former governor, it was gathered has compounded his case with the report by an online media platform, sating the governor has entered into an illegal financial agreement with the Justice Ahmed Ramat Mohammed hearing his case in other to get a ‘soft landing’.