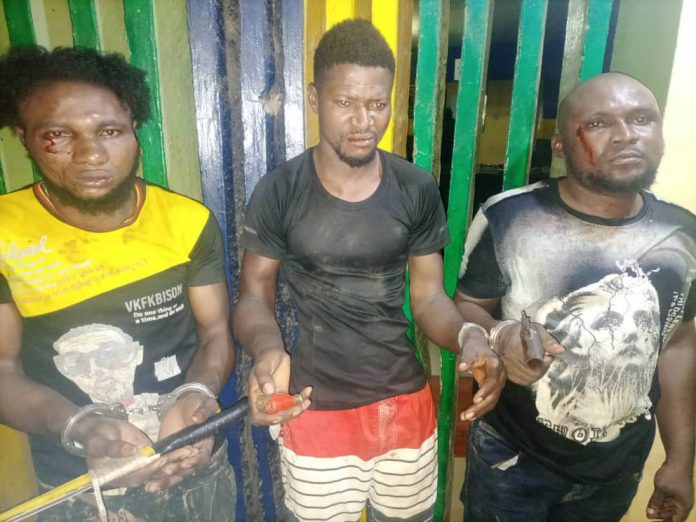 Armed with a locally-made shotgun, Jack knives, and charms, Daniel Okereke, Henry Osagwe and Wisdom Atuba—all members of a seven-man gang operating in the Mowe axis—were plotting to strike around 10pm Monday.

They were however a tad too slow.

The Ogun police command PRO said the Mowe division had intelligence about the plot, and a team of police headed by CSP Saminu Akintunde busted the criminals at their hideout in Ajeonibode.

“On sighting the policemen, the hoodlums took to flight, but with the assistance of members of the community, three amongst them were apprehended while others escaped,” said PRO Abimbola Oyeyemi.

“Recovered from them are: one locally made short gun loaded with two live cartridges, two jack knives and criminal charms.

CP Lanre Bankole has ordered the immediate transfer of the suspects to state criminal investigation and intelligence department for discreet investigation.

He also directed a manhunt for the fleeing members of the gang.