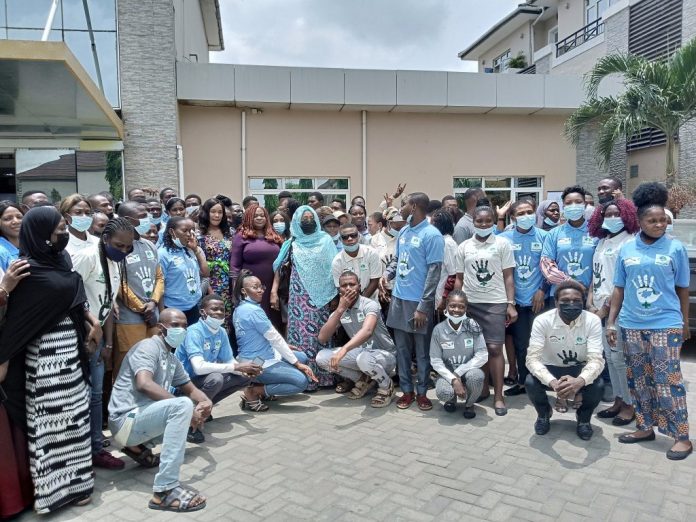 TIMBY App is a platform for reporting cases of sexual abuse where victims can seek psychological support and redress.

Hajia Hadiza Kangiwa, a CISLAC board member, gave the advice at a sensitisation programme for tertiary institutions’ in Lagos on Monday.

Kangiwa said that the programme was part of activities achieved by the NGO with the support of German Agency for International Cooperation to address sextortion experienced by students in higher Institutions.

“The programme is organised to educate students of tertiary institutions in Lagos State on sexual exploitation, particularly from the anti-corruption perspective.

“The idea is for you to speak out, seek redress and psychological support as we are approaching it from anti-corruption perspective.

“Some boys also experience abuses and harassment, hence, the stereotype by the society that females are the only victims of sextortion should be reconsidered,’’ she said.

The CISLAC official advised participants to take advantage of TIMBY APP to get justice, noting that some people are abused but are ignorant of means to get help or apprehend perpetrators.

She added that it was in the quest to finding solution to reports of sexual abuse that CISLAC created electronic channel known as TIMBY App, a physical complaint and reporting channels.

Meanwhile, one of the participants, Mr Oluwaseun Waheed, a Lagos State University (LASU) student, told News Agency of Nigeria that the programme was wonderful initiative.

Waheed said the programme on sextortion has exposed him on approach to assist colleagues that are affected.

“I have learnt about ‘TIMBY’ App courtesy of CISLAC. The take home which I will use my position as student union leader is to ensure that other students benefit.

“We are going to infuse five minutes pep talk in our orientation programme and student union activity week, to further create awareness on sextortion and how to access the App”,’’ he said.

The LASU student said there was need to extend the awareness to primary and secondary schools to instill the knowledge in children early enough.

Edozie said that TIMBY App would curb activities of perpetrators since they would be apprehended and made to face the law if caught.

She said that the speakers had opened the understanding of participants for them to know when their rights are being violated.

“With TIMBY App, such cases will be tackled and the quest to eradicate sextortion in higher institutions will be achieved. There are legal bodies partnering the NGO involved in this race,” she added.

Meanwhile, Mrs Bathsheba Tagwai, CISLAC Legal Officer, said the programme was aimed at informing participants that sextortion was wrong and a corruption practice which involved both gender.

“The stereotype by society that females are the only victims of sextortion should be reconsidered, there are cases where males fall victims even though not so prevalent,’’ she said.

Tagwai said that the NGO had taken the sensitisation to Abuja, (North Central); Akwa-Ibom, (South South) and Lagos, (South West) while plans are in progress to take the campaign to other states.