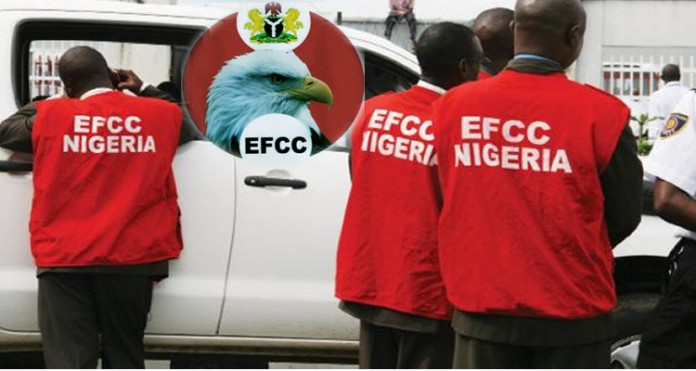 A contractor who diverted 60 trucks of grains allocated by President Buhari for the Internally Displaced Persons in Borno state has been arrested.

This was revealed by Senator Ali Ndume, who also said the Economic and Financial Crimes Commission (EFCC) is investigating the matter.

The grains were sent to the IDPs by Mr. President to fight the increasing rate of malnutrition in most of the camps.

Ndume, who expressed shock at the incident, said he was asked by Buhari to monitor the distribution of the grains by officials of the National Emergency Management Agency (NEMA).

The lawmaker also revealed that the IDPs from Borno who are living in various camps will soon be assisted to return home.

Ndume said “I have told them (IDPs) in clear terms that time is ripe for them to go back home; there is no point remaining in the camp after three years.

Gwoza Local Government Area, where I hail from, in particular, is now safe and secured. Over 10,000 residents are now living safely in Gwoza and there is no cause for alarm. It is very regretful that less than 3,000 Gwoza IDPs now in Maiduguri have refused to go back and resettle, despite all pleas to them.”

The Minister of Niger Delta Affairs, Pastor Usani Uguru also stated that the Federal Government is committed to improving the welfare of Internally Displaced Persons (IDPs