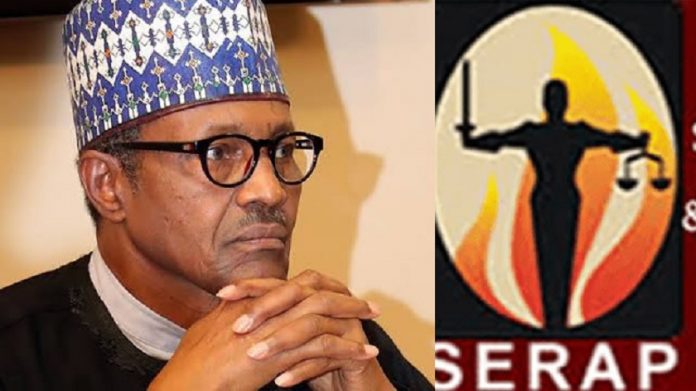 Widespread and systemic corruption in ministries, departments and agencies (MDAs) especially in the education, health and water sectors is deepening poverty among millions of Nigerians.

This is contained in a 61-page report launched Thursday at the Radisson Blu Hotel, Ikeja, Lagos, by the Socio-Economic Rights and Accountability Project (SERAP) and is titled: The Ignored Pandemic: How Corruption in the Health, Education and Water Sectors is Plunging Nigerians further into Poverty.

According to the report, “Budget fraud, procurement fraud, embezzlement of funds among other illegal actions, lead to failure in the delivery of services including education, water and health.

The report presented to the media by Dr. Elijah Okebukola, discloses that “61% of people living in poor neighbourhoods ranged between having no formal education and senior secondary education.”

It urges President Muhammadu Buhari to “promptly propose an executive bill to amend the Nigerian Constitution of 1999 [as amended] to recognize Nigerians’ socio-economic rights, including the rights to an adequate standard of living, education, quality healthcare, and clean water as legally enforceable human rights”

The report also urges the Buhari administration to “ratify the Optional Protocol to the International Covenant on Economic, Social and Cultural Rights, which allows individuals and groups whose socio-economic rights are violated to access international accountability mechanisms in the form of the Committee on Economic, Social and Cultural Rights.”

The report read in part: “93.20% of people living in poor neighbourhoods were younger than 60 years old. People living in poverty were mostly self-employed (57.20%) or unemployed (20.10%) and were living in extreme poverty. Those who were unemployed outnumbered the combined number of those who worked for the government (8.30%) and private sector (7.20%).”