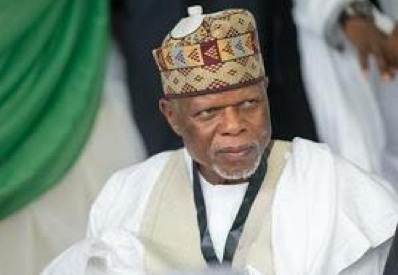 The lingering impasse between the Senate and the Comptroller General of the Nigerian Customs Service, retired Colonel Hameed Ali, has assumed new dimension. National Dailygathered that the Customs boss has deployed the routine enforcement roles of the Service on exercise duties on imported goods to get at the federal lawmakers many of who have held executive positions in the past where they enjoyed certain privileges before becoming members of the National Assembly.
The Senate has been at loggerhead with Hameed Ali over official ‘misconduct’ of undermining the authority of the federal legislature in issuing a directive that he should appear before the Senate in Customs uniform. National Daily observed that this degenerated into a seeming minimal decorum by the Senators in the manner they ordered Ali out of the Chamber for ignoring their order to appear in official uniform when he honoured the Senate’s invitation to clarify the controversial new duty on imported vehicles. Ali later ignored the new date given to him by the Senators to appear in Customs uniform before the Upper Chamber of the National Assembly.
National Daily also noticed that Ali, subsequently, drew a battle line with the Senate, using the powers of his office to take advantage of the constitutional loopholes in the perquisites office most senators must have enjoyed in executive offices, including the influence such offices offered them in public service of their respective states before being elected into the National Assembly.
ALSO SEE: Resign now, stakeholders tell C.G of Customs
Accordingly, the Compliance Task Force of the Comptroller-General of the Nigeria Customs Service (NCS) was gathered to have barricaded the residence of a senator from Kano State, confiscating 13 vehicles perceived to be hidden at the residence.
Bala Dole, Zonal Commander of the Task Force, was gathered to have disclosed that the vehicles include 12 new Toyota Hilux and one Land Cruiser Jeep.
The Zonal Commander of the Task Force concealed the identity of the senator; he, however, disclosed that the vehicles were monitored from Maigatari in Jigawa, following an intelligence report.
“Based on the intelligence report, the vehicles were 30 in number but we were able to trail 13 of them 12 of which were hidden in the senator’s compound,” Dole had said; adding: “We sealed the house and retrieved the vehicles and they are now in our custody.”
The Customs boss may be laying a highly dicey siege for the Senators, particularly, those that were former governors.
National Daily investigation found that virtually all governors enjoy the privilege of acquiring fleet of cars and other wealth at the cost of the state government. Several vehicles and massive wealth were often acquired under the shield of the Office of the Governor. More so, even official vehicle, were in most cases, converted into personal ownership on exit from office.
Moreover, virtually all the lawmakers are also influential to be given preferential treatments by public institutions.
The lawmakers are known to have high taste and have penchant for consumption of imported goods. Many of the lawmakers were at different times given waivers on importations, essentially, vehicles.
Apparently, the Customs boss has discovered a portent tool to get at the senators in the routine duties of the Compliance Task Force of the Comptroller-General of the Nigeria Customs Service (NCS).
ALSO SEE: Ali faces more trouble as Reps order probe of Customs
Meanwhile, the Senate of the Federal Republic of Nigeria is putting machinery in place to probe alleged N4 trillion revenue leakage in the Customs Service between 2006 and 2016.
The probe is taking place in the storm of the conflict with the Customs boss over his refusal
to wear the uniform of the Service in disregard to the directive of the Nigerian senate.
The Chairman of the committee, Sen. Hope Uzodinma, was gathered to have disclosed that preliminary investigation by the committee revealed that the over N4 trillion revenue leakage was due to abuse and non-implementation of Form M (Foreign Exchange forms).
The investigation is also taking place at a time several contractors to the Nigeria Customs Service are accusing the Customs boss, Ali, of prejudice in contracts payment or renewal.
Several Customs contractors are accusing Ali of allegedly paying his allies and members of the ruling All progressives congress (APC) for completed contracts with the Customs Service and neglecting other contractors that are not in these brackets.  Invariably, the National Assembly still ash many more investigations to conduct on the Customs Service.
The dangerous trend is that there are emerging indicators that the Senate may have drawn a battle line with the Presidency. This is not unconnected with the pacific silence of President Muhammadu Buhari over the prevailing impasse between the Upper Chamber of the National Assembly and principal officers in his administration.
The Senate was gathered to have on Tuesday deferred the confirmation of Resident Electoral Commissioners (RECs) of the Independent National Electoral Commission (INEC), presented by President Buahri, in protest of the retention of Ibrahim Magu and his continuous stay in office as Acting Chairman of the Economic and Financial Crimes Commission (EFCC) despite the rejection of his confirmation by the Senate.
On the other divide, Magu in his report on the Paris Club refund fund indicted Saraki’s Aide in the N3 billion allegedly offered to Senate President by the Nigeria Governors Forum.
Thus, there are raging battle between the Federal Legislature and the Executive, and heads of parastatals and agencies may have been waging the war for the executive.
PV: 0 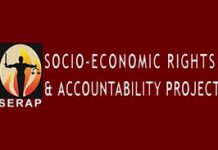