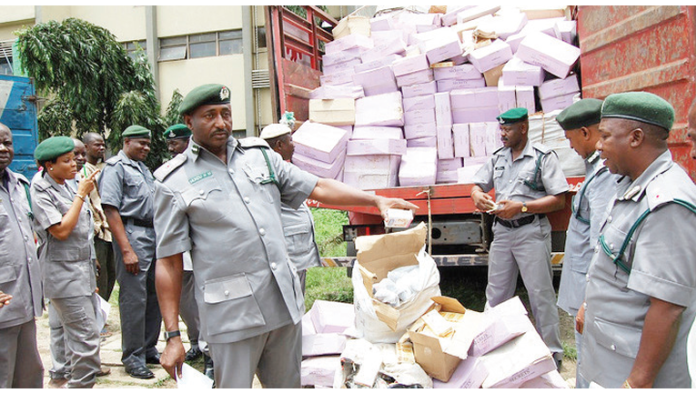 Share this on WhatsApp
Spread the love
The Nigeria Customs Service (NCS), Tin Can Island command on Saturday confirmed the interception of a container suspected to be laden with arms and ammunition.
The Public Relations Officer of the command, Mr Uche Ejesieme, confirmed the interception in a statement.
According to Ejesieme, the container was intercepted on Friday in one of the port’s terminals during routine examination.
“Following this development, the command intimated the terminal operators and requested that the suspected container be transferred to our enforcement unit for 100 per cent examination.
“This suffices that the information is still sketchy but we do hope that comprehensive information will be availed after the 100 per cent examination.
“Following, we will communicate officially to the customs management as well our zonal coordinator in line with service protocol,” he said.
He, therefore, called for calm as the command tries to get critical information on which a report on the incident would be based.
Share this on WhatsApp