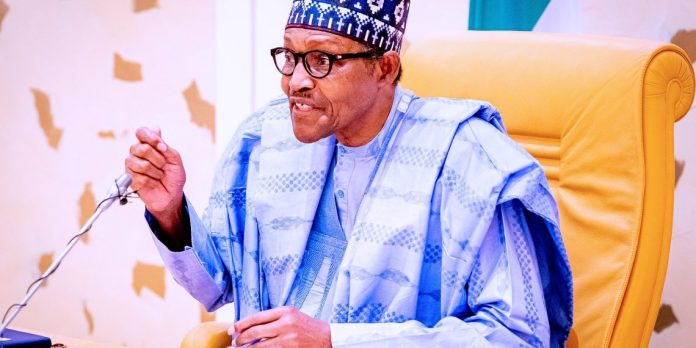 I simply guffawed when someone first drew my attention to President Buhari’s alleged much expected cabinet reshuffle. I told him tp hold his peace because it was impossible for Buhari to reshuffle his cabinet, as he was quite happy, comfortable with, and fixated with unbalanced lop-sidedness of his cabinets in the well over 6 years of his rudderless and lack- lustre administration.

Was it that President Buhari wanted power for the sake of it? Just to match Olusegun Obasanjo as having been both military and civilian President? Just to enjoy the unending pecks of office, fly presidential jets and get sent forth and heralded by kakaaki- blowing trumpeters and a horde of fawning obsequious and fawning aids? I cannot understand. Or, can you understand?

I was proved right afterall, upon reading the text of the alleged reshuffle. Buhari did not carry out any any cabinet reshufflement. All he did was to merely toss out two unwanted Northern Ministers and immediately, but expectedly, replace them with two wanted Northern serving Ministers whom he disingenuously drew from existing ministries. Thus, Minister of Agriculture, Alhaji Mohammed Sabo Nanono, was replaced by the Minister of Environment, Alhaji Mohammed Mahmoud Abubakar.whom he poached from the Environment Ministry. Similarly, Buhari replaced Alhaji Mamman Saleh of the Ministry of Power with Alhaji Abubakar Aliyu, the erstwhile Minister of State, Works and Housing.

As expected, I saw only Alhajis on the chessboard of his four players. I searched in vain, but did not see or hear of a Revd Tunji, Evangelist Okechukwu, Chief Ejiro, Dr Oshozokha, Elder Tyehimba, Mosignor Effiong, Mrs Toritsefe, Miss Ibiere, or Mr Anoko, I didn’t see any. Or, did you?

So, what has changed, nearly two and half years down the road after Buhari cobbled together one of the most impotent, uninspiring and incompetent cabinets ever assembled in the history of Nigerian governance ? Nothing; absolutely nothing at all !. At best, Buhari merely put new recycled wine into old tired skins.

Mind you, fellow compatriots, if the two sacked Ministers were of Southern extraction, Buhari would have promptly, with immediate alacrity, replaced them with Ministers from his Northern geopolitical enclave. Such nepotistic, prebendalistic, cronystic and sectionalistic mindset is what has done, perhaps the greatest damage to his colourless leadership.

My humble suggestion to Buhari, as a full- blooded Nigerian patriot ( not imported marauding AK-47- wielding foreigners killing and seizing indegenes’ lands and ancestral homes ) , is that he should immediately dismantle the entire cabinet, rejig and reinvigorate it with some flesh blood that can lift from the sorry State of nadir, his already failed government. He can of course retain some of the very few performing ones if he so desires. They are quite few and in-between. You can simply count them on your right hand finger tips.

President Buhari has told Nigerians that he will, in due course, replace the dismissed Ministers with substantive ones. Mr President sir, I hereby humbly challenge you to prove me wrong for once, only just for once, by appointing Southerners in place of your sacked Northern clique. Prove me wrong sir; and I will applaud you from my little inconsequential corner.