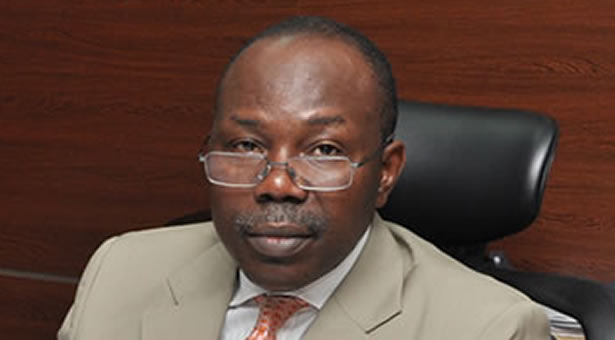 Banire, who said he was in London when he received notification of his removal, said he saw the position as one of service and not for personal enrichment.

But he said his friends and well-wisher are crying more than the bereaved. And he wouldn’t waste time in venting his anger on what he called “the lamentations that trailed the announcement by some friends and associates”.

“…In my view, [they] had a disconnect between purpose of service and the relief that naturally accompanies the disengagement of an appointee with an alternative contact address,” he said in a lengthy post on his Facebook account on Thursday.

“Interestingly, I was disturbed with complaints and murmurs by some people who read lots of insinuations into the development and were apparently in a mourning mood, as if disengagement from a political appointment was tantamount to bereavement.”

According to him, disengagement from public service in Nigeria usually attracts lots of motives, from ethnicity to religion, to personal scores and political intrigues as reasons why the appointor must have terminated the appointment or disengaged the public office holder.

“In my situation, messages of consolation and clear condemnation oozed from some mouths the moment it was announced that a new nomination had been made.

“It was a terrible distraction as I was struggling to imbibe as much as possible from the highly intellectually resourceful lecturer that was handling the on-going session. Calls came into my phone in torrents.

“Loads of messages poured into my phone with the constant flashes of light from the mobile gadget constituting a needless distraction until I had to switch it off. I contemplated what could be the problem with my people sympathizing disengagement from office as if it was a deprivation of valuables by armed robbers or loss of an edifice to a raging inferno.”

He noted that all this cold comfort from the supposed well-wishers underscores the problematic aspect of Nigerians as a people who see appointments into political offices as avenues to riches and an opportunity for self-enrichment.

“It is at such point that our sense of uprightness can compete with that of people of other climes. This can only be guaranteed when politicians and political appointees prepare themselves for self-sustenance in and out of office with what I call an “alternative address,” he said.

“The concept of alternative address is a legitimate business or vocation from which one can pay one’s bills conveniently without expecting loot from a public office. It is a platform, the proceeds from which can sustain you and your family needs whether you are in office or out of office.”

He noted that while the office had its enticing pomp of “Mr. Chairman” appellation, it was a part-time service with only mandatory nine days of service in a whole year.”

Banire was appointed last December, and on Tuesday, President Muhammadu Buhari sent the name of Edward Adamu, a deputy governor of the Central Bank of Nigeria, to the Senate as the new AMCON chairman. 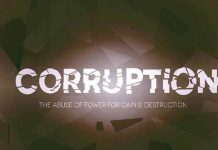 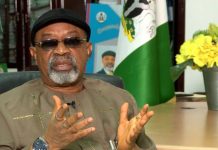