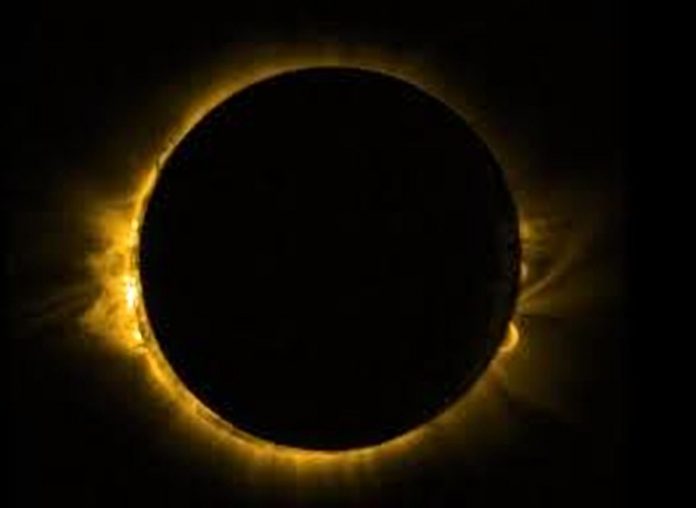 Apocalypse writer David Meade has re-adjusted his prediction, saying the world is not ending today, that it only marks the beginning of calamities between now and October.
“The world is not ending, but the world as we know it is ending,” he told the Washington Post. “A major part of the world will not be the same the beginning of October.”
Meade, a Christian numerologist is basing his prediction on verses and numerical codes found in the Bible, specifically in the apocalyptic Book of Revelation.
According to him, recent events, such as the solar eclipse and Hurricanes Irma and Harvey, are omens of the approaching apocalypse.
He highlighted the number 33.
“Jesus lived for 33 years. The name Elohim, which is the name of God for the Jews, was mentioned 33 times [in the Bible],” he said. “It’s a very biblically significant, numerologically significant number. I’m talking astronomy. I’m talking the Bible…and merging the two,” he said.
ALSO SEE: World to end by September 23 – Conspiracy theorists
September 23 is also 33 days since the August 21 solar eclipse.
Meade has also built his theory on the so-called Planet X, which is also known as Nibiru, which he believes will pass Earth on September 23. This will cause volcanic eruptions, tsunamis and earthquakes, he claims.
NASA has repeatedly said Planet X does not exist.
Many Christians have also dismissed the theorist as a fake newsmaker.
According to the newspaper, Ed Stetzer, a professor and executive director of Wheaton College’s Billy Graham Center for Evangelism, slammed Meade’s theory on Friday, calling it “fake news” and asked Christians to be critical.
“It’s simply fake news that a lot of Christians believe the world will end on September 23,” Stetzer wrote in Christianity Today. “Yet, it is still a reminder that we need to think critically about all the news.”