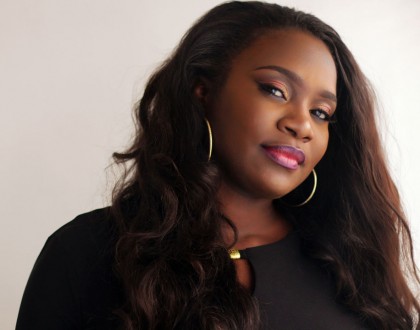 EDIALE KINGSLEY speaks with one of the most impactful women in Nigeria’s TV/Film industry.  Delmwa Deshi  Kura a Nigerian TV/Film Writer Producer and Director. She is the Creative Director for Discovery Communications in Nigeria, and Chief Executive Officer of DelMedia Productions, a Lagos based TV & Film Production House, established in 2007. Enjoy excerpt.

WHAT keeps you going production after production and what’s your new project about?
The drive to do better, to make better television and film content keeps me going. Duplicity is a political drama that explores Nigeria’s diversity in a way that no other drama series has done since the golden age of drama in the 1980’s.

Nigeria has witnessed big budget productions especially in the Nollywood products billed for the Cinemas. Is this a big budget project?
Quality doesn’t come cheap, and to achieve our intentions for Duplicity we had to step outside our comfort zone and work to put together budgets that are above the usual. The quality of our cast, content and our production design is a testament to our high budget.
What are the factors you consider before picking and producing any project?
What moves me to want to produce is a strong story. Once I think of a story first thing I do is put it down in black and white. Once I have a script, then I go to work on the production design and casting. So ultimately, what defines and moves me to production is the strength of a story.

We are experiencing more and more sophisticated TV series as against the Village Headmaster, Fuji House of Commotion and other old classics which were truly crude and grassroots-reaching. Where does Duplicity fall into and can we call this major increase of sophisticated production, growth?
Duplicity as a series stands to entertain everyone not a certain class of society. So you will find that our plot lines cuts across all social strata thus entertaining both the elite and the ‘grassroots’ as you’ve put it.
The technology that drives film and television making has evolved since the days of village headmaster and the likes, and that automatically means a change in the processes and time frames required to make a film or TV content, but the village headmaster like every other form of art is better appreciated with time. And so will always be our classics.

What inspired you to drive a career in TV? Did your growing up in Jos influence that?
Growing up in Jos, it’s almost impossible not to be influenced creatively with all the talent around you. My dad working with the Plateau Radio and Television Corporation helped fan the embers of my curiosity to better explore all things TV and Film. So from my early age I read and researched a lot as well as participated in TV shows.

What are the strong themes or issues addressed by Duplicity?
I think more than any other; the clearest theme in Duplicity is one of unity. This is clearly represented in the way most of the characters are related by blood but have a mix of cultures in the same family. Other prevalent themes within the series are Power, Lust, Betrayal and the ever-present theme of Love.

Your cast is a blend of the veterans and today’s faces. How deliberate is this?
We are currently experiencing a pivotal time in the history of film and TV in Nigeria. I believe that when posterity looks back on this period in our history, it will most probably be termed a renaissance in the art of film making for Nigeria. It is my goal to see that is period is not celebrated without recognizing the immense contributions of these veterans. To this end, I make a conscious effort to involve some of the best acts that I enjoyed growing up in my work and I consider it a privilege to be able to do so.

Being mostly a-behind-the-scene person, are you a fashion driven person?
Absolutely not. I’m probably the least fashion conscious person you will ever meet. I make the effort to dress up when necessary, but in my opinion, sweat pants and a tank top are Gods gift to humanity.

How would you define your style in terms of fashion?
Easy and super comfortable.

Duplicity stars some funny persons. Would you say the typical Nigerian audience prefers to laugh more than to be frightened (by horror films)?
Real life in itself is way too real, and the reason why people watch TV is to escape their reality. When they settle to watch TV, we should be able to bring them the funny, the dramatic as well as all the elements of entertainment, to help them escape.

How was the making of the project?
Every endeavor came with its own challenges but we had a solid team as well as supportive and understanding cast and that combination made the process bearable.

Why should the people make Duplicity a must watch?
From the content to the elevated art and delivery of the cast to the quality of the aesthetics and picture, Duplicity is a must watch. Duplicity is set to take the African Television audience through a maze of power play, lust, betrayal, and dark secrets going back many generations. The story see’s some of Nigeria’s most talent actors deliver an elevated version of their craft through the apt delivery of their individual characters.

It will show on DSTV, but any plan to take the project to a terrestrial TV station?
Yes. The intention is to ensure that Nigerians get to enjoy the amazing work we have put into Duplicity regardless of the TV platforms they find accessible. To this end, Duplicity will run on a number of terrestrial platforms soon after its run on the current broadcast platform.

How do you relax?
I like to read a lot, so a good book and a hot cup of latte is always at the top of my mind at the end of a long day. I also like to swim and run.

If you weren’t doing TV, what else would you have done well?
Real estate development is a business that I’m quite familiar with having been raised in a family of real estate developers. Should I not work in TV and film, you will definitely find me closing property deals across the country.

IBB back from Germany after medical treatment