An Economist, Mr Tope Fasua, has commended the Central Bank of Nigeria (CBN) for its decision to discontinue the sale of Foreign Exchange (forex) to Bureau de Change (BDC) operators.

The CBN Governor, Mr Godwin Emefiele, had announced the decision during the Monetary Policy Committee (MPC) meeting on Tuesday.

Fasua, who is Chief Executive Officer of Global Analytics Consulting Ltd., gave the commendation in an interview in Abuja on Wednesday.

He said although the measure was a shock to the system, it was a necessary step to sanitise the forex market.

According to him, the purpose of BDCs has been defeated with most of them falling short of their mandates.

“The CBN has done the right thing, even though it is a shock to the system.

“We have about 7,000 BDCs in Nigeria, which is a world record in itself. All of them are meant to sell forex to travelers, but they do not do that.

“Many of them are not accessible; they do not have a customer base, so the money just round trips into the market.

“They are getting the dollar at N411 but most of them sell to the market at close to N500. It is a racket and has to be discontinued,” he said.

Fasua also frowned at the proliferation of BDCs in Nigeria, saying it was not so elsewhere.

“I have never favoured it; about 7,000 BDCs? Everybody has a license, you do not have to be a professional; you do not even have to have an office.

“In the United Kingdom, as much as it is a tourist’s haven, they have 145 BDCs; in New York there are 40, the whole of United Arab Emirate has about 40, and they are known brands,” he said.

He added that BDC was not supposed to be a business for all comers, but for those serious with the business.

“They need to be regulated. Banks can actually do the work better, and the banks would understand that they cannot joke with their licenses,” he said.

On the decision by the MPC to retain the Monetary Policy Ratio at 11.5 per cent and retain all other parameters, Fasua said the CBN was being cautious.

“They cannot afford to increase the rates now because that will hurt people who are borrowing from banks for business,” he said. 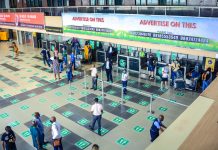 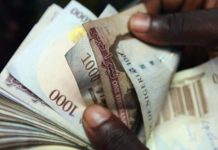 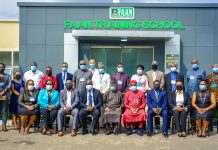