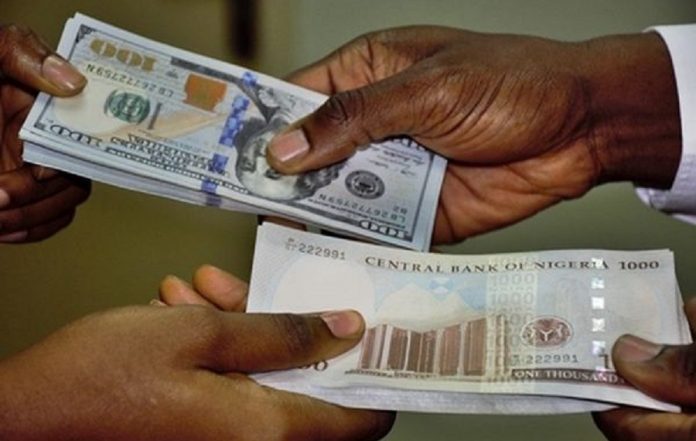 Barely a day after the Central Bank of Nigeria stopped weekly sale of Dollars to Bureau De Change operators, the Naira has slumped to an all-time low at the parallel market, exchanging for high as N525 to a US Dollar

The Naira had enjoyed some stability for some weeks after it breached the N500 ceiling, trading at N502-N505.

Governor of the CBN, Godwin Emefiele surprised journalists at the monetary policy committee briefing recently when he announced a ban of Bureau De Change Operators in the country, jolting the market to go southwards.

He said the BDCs have continued to put enormous pressure on the Naira.

Henceforth, he said, the apex bank would sell forex to deserving Nigerians through the commercial banks.

“The BDCs were regulated to sell a maximum of 5000 dollars per day. But CBN observed that they have since been flouting that regulation and selling millions of dollars per day.

He urged the commercial banks to ensure that every deserving customer got their forex demand.

While the dollar rate depreciated by 3.4 percent, the Naira also fell against other major currencies, such as UK sterling and the Euro.