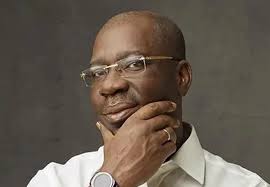 The Edo State Government on Wednesday proclaimed 24 hours curfew in Obazagbon and Ogheghe adjacent to Irhirhi-Arogba-Obazagbon-Ogheghe Road, beginning from 12.00am Thursday, September 29 to 12am Friday, September 30, 2022.

The Secretary to the State Government, Osarodion Ogie Esq., government in a statement on Wednesday, explained that the curfew is to make way for security operations  in the affected areas.

According to the SSG: “This is to notify the general public that the Edo State Government has declared a curfew in the Obazagbon to Ogheghe axis of the Irhirhi-Arogba-Obazagbon-Ogheghe Road for 24 hours, starting from 12.00am Thursday, September 29, 2022 to 12am Friday, September 30, 2022.

“Government is conducting a security operation in the area and warns members of the communities to steer clear of the Obazagbon to Ogheghe axis of the road, so as not to endanger themselves.

“Residents in the area are advised to stay indoors as the government embarks on the security exercise.”

The government urged motorists and pedestrians to use alternative routes, warning that “anyone found loitering in the area during the curfew will be arrested.”