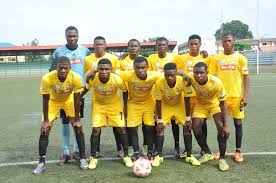 In continuation of buildup ahead of their trip to the United Kingdom, Buruj Sports Academy will on Wednesday morning confront Eko Football Future Stars in a friendly game inside the Agege Stadium, National Daily learnt.

The match which will kick off by 6.30 am prompt according to the release is one amongst the series of warmup games being lined up by the management of the academy to put the young players that are being penciled down to make the trip where they will feature in both the English Super Cup and Welsh Super Cup through their paces.

In the last few days, the Lagos based academy who are the defending champions of the English Super Cup have faced Handsworth FC and Sunshine Football Academy in similar encounter while the last one against Yobo FC had to be called off due to logistic reasons.

Speaking on the expectations from the match against Eko Future Stars, the CEO of the academy, Salaudeen Waheed told National Daily that both the management and the technical department of the academy are determined to raise a strong team filled with exciting players who should be able to hold their own both collectively and individually when they get to Manchester and Cardiff.

He also posited that the organisers of the tournaments, Team Tours Direct are looking forward to see the Nigeria representatives who can surpass their past achievement in terms of individual and team display so they can attract the nod of top agents and scouts who will be on hand to shop for talents.

After the tournaments, there are strong indications that trial games will be played against the youth sides of Manchester United, Everton, Stoke City and other local English and Welsh sides to create a veritable platform for the young players to shine.