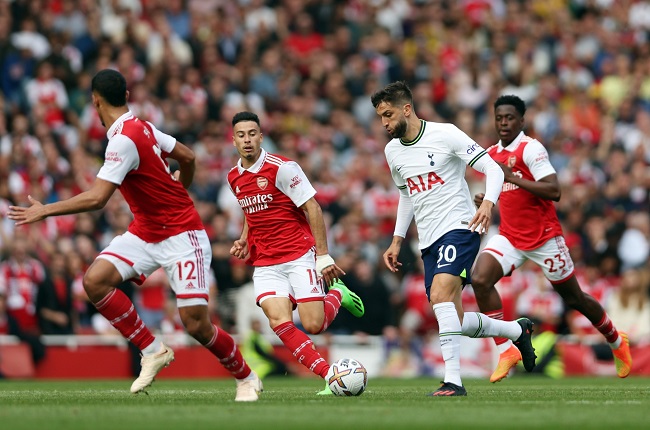 On the resumption of the English Premier League, Arsenal on Saturday humbled Tottenham with 3-1 defeat in north London derby. Tottenham were one man down in the game.

Thomas Partey scored the opening goal for Arsenal early in the first half.

Harry Kane scored the equalizing for Tottenham through a penalty.

Gabriel Jesus scored the second goal for Arsenal, taking Tottenham down the lane of defeat.

Emerson Royal, Tottenham’s defender was issued a red card for rough tackle on Gabriel Martinelli, bringing the team down to 10 men.

Granit Xhaka later scored the third goal for Arsenal to seal the 3-1 victory.