Rakiya Beida got away with defrauding people with fake bank alerts for a while but nemesis recently caught up with her, and he was arrested in Abuja. Oga Yenne, an Akwa Ibom businessman, was one of her victims and he narrates how he became a victim of this fake medical doctor, Rakiya Beida.

29-year-old Beida, alias Dr. Amina Yusu­fu Ameh, an indigene of Okene in Kogi State, claimed to be working at the National Hospital, Abu­ja, but is said to have dropped out in 200 levels, College of Medicine, Beyero University, Kano.

“She has so perfected her act by developing and building confidence with people. She had a history of having committed this crime in Kwara and Pla­teau states and now Abuja. Investigations show that in Kwara, she obtained gold under same pretense, which took her to prison, briefly and came out and continued the same busi­ness.”

CP Mba explained that the lessons in this case are not to judge a book according to its cover but ascertain the content of the book.

Taking to Facebook on Monday, Mr Yenne narrated how the suspect alongside one Prince Attang, from Akwa Ibom, hypnotized and scammed him of two iPhone 12 Pro Max worth N1.250,000. Read his post below:

“Remember my recent post about getting Scammed of 2 pieces of iPhone 12 Pro Max (256gb)?

“Meet the fake doctor, Dr Amina Treasure. She together with @Prince Attang Jnr placed a smart one on me after taking me to UBA Aka Road, Uyo. Filled a bank transfer form, did his BVN verification and submitted the said transfer slip to the bank and told me to expect transfer in few minutes.

“Getting outside the banking hall, we decided to wait in the car outside for the transfer alert, that’s when everything happened. They hypnotized me and drove away with the phones.

“I learnt she was apprehended and paraded in Abuja as seen in the video below 4 days ago. Thanks to everyone who tagged me, shared the video link which drew my attention to her arrest.

“Prince, her purported husband who used the fact that he is a fellow Akwa Ibomite like me to win my trust is still at large.

“From my personal investigations, Prince has been in my WhatsApp contact for a while and he is the one who gave out my number to Dr. Amina to contact me first for the sale of her used laptop which we didn’t buy because of lack of receipt and price and later for the purchase of the iPhones

“Is there anyone who can help me get in contact with this Police Division where she is currently held in detention in Abuja? Cos, you see that #1.250,000 these people make me lost? I need am back! And I must get it.

Meanwhile, speaking to newsmen, Rakiya said she was ar­rested because she was pretending to be a medical doctor.

“I go to shops, collect goods and make fake bank alert to them and walk away. Some give me the products and some don’t if they have not seen the alert. I have been doing this for a year and six months now, I was arrested in Kwara October last year where I was given gold and jarabiya to sell and return the money back to them, I sold and never returned the money back to them same in Plateau,” she said. 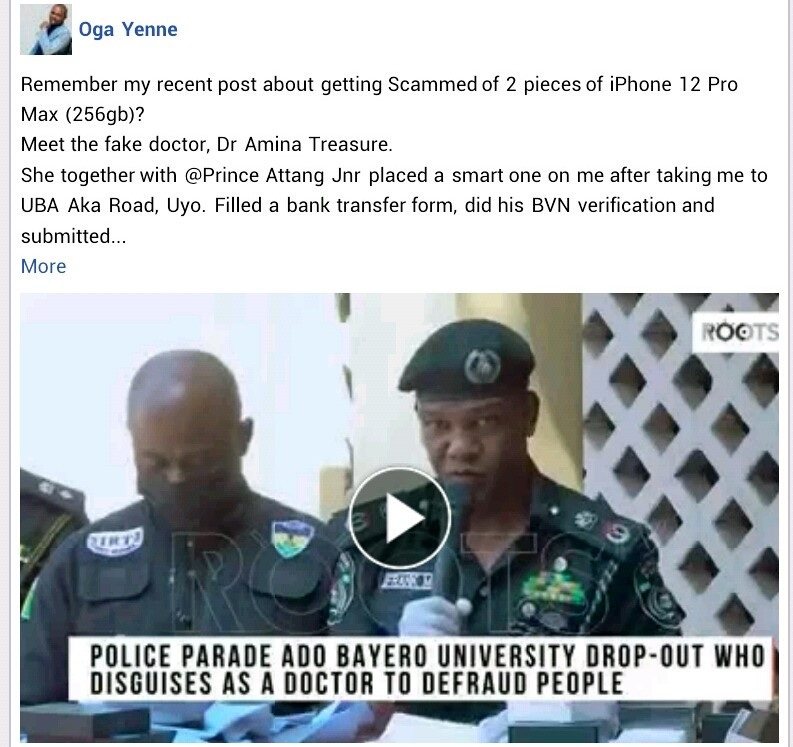 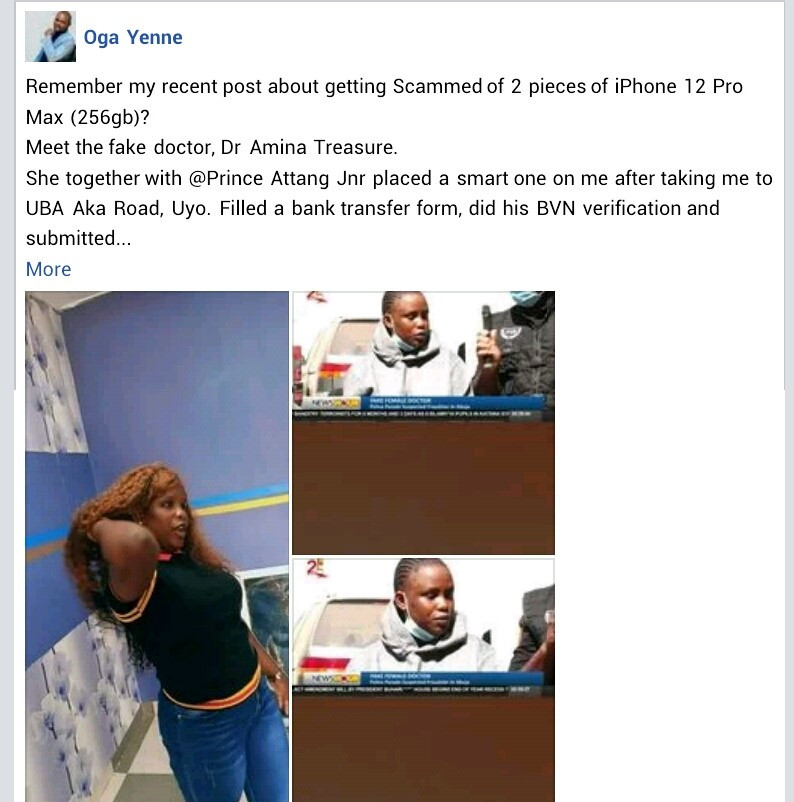 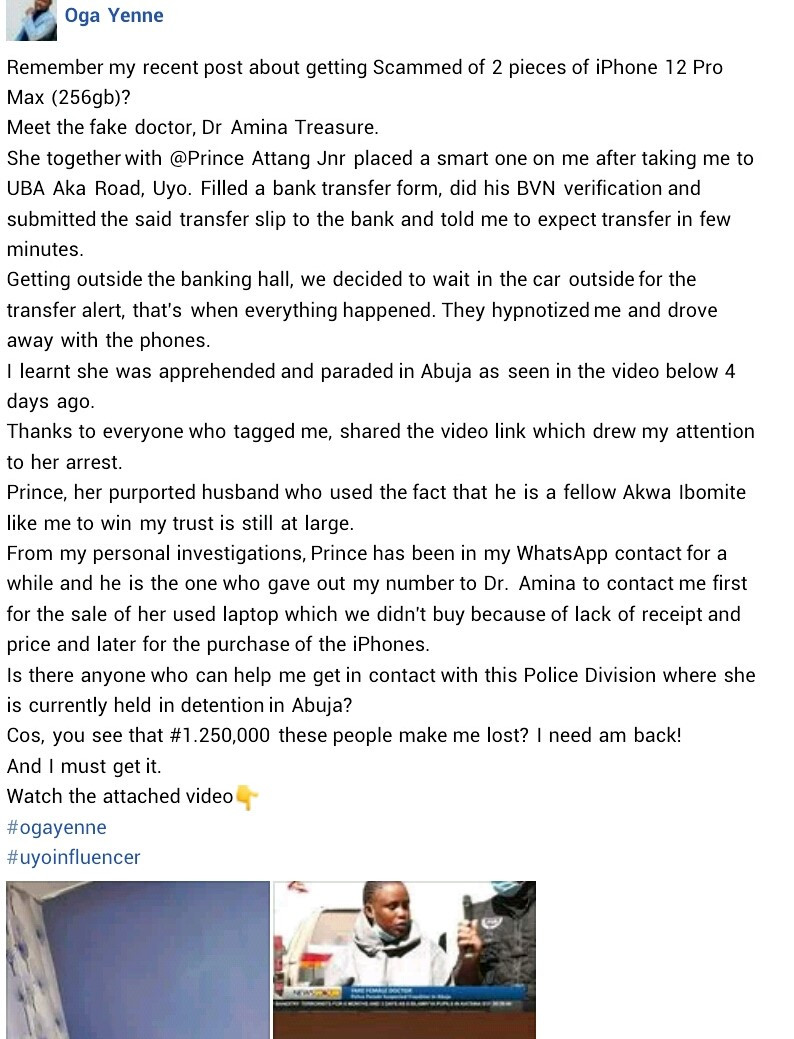 Share this on WhatsApp
Related Topics:Abujaarresteddefraudfake bank alertsRakiya Beida
Up Next