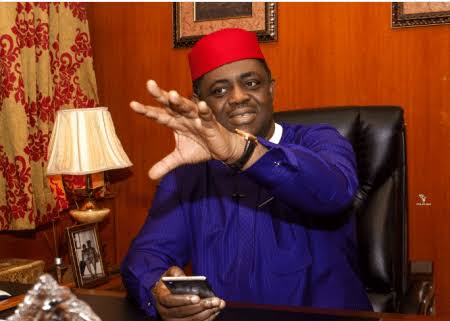 Former Aviation Minister Femi Fani-Kayode has implored the Zamfara State Governor, Bello Matawalle to unveil the identities of those behind the abduction of over 300 students of Government Girls’ Secondary School, Jangebe.

He made this call in a series of tweets on Monday, March 1.

He said, “As we await the arrival of the released kidnapped students of GSSS Jangebe at the Government House today, I want to inform you that there are many revelations in relation to the abduction of these students.”

“Many people will be surprised to hear those people behind the abduction of these innocent children. They are not comfortable with the progress I am getting as a result of my peace initiative and they want to do all they can to sabotage my efforts”.

However, Fani-Kayode said: “I have known Matawalle for years and we are close. I trust him and I have respect and affection for him.

“When he says if people knew who those behind the kidnappings in his Zamfara state are it would rock the nation he has spoken the bitter truth. It’s time to name and shame those people!”, he stated.

The attack on GGSS Jangede occurred on Friday, and over 300 girls were abducted, while seven of the girls escaped while they were being taken into the bush.