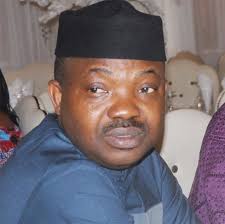 President Muhammadu Buhari’s Special Assistant on social media has called for the arrest of the Afenifre spokesman Yinka Odumakin.

Laureta Onoche was reacting to the death of Mrs. Funke Olakunrin, the daughter of Pa Reuben Fasoranti, Afenifere leader.

Onoche accused Odumakin of allegedly suggesting that the brutal murder of Mrs. Olakunrin in Ondo state, while on transit to Lagos was perpetrated by suspected herdsmen.

Odumakin, according to the National Daily earlier report, had claimed the 58-year-old was shot dead by suspected Fulani herdsmen along Benin/Ore expressway, on Friday.

“We have confirmed the death of Mrs Funke Olakunrin (58), daughter of our Leader, Chief Fasoranti,” he said on Friday.

”Eyewitness accounts say she died of gunshot from Fulani herdsmen who shot her at Ore junction in Ondo state.

“She was coming from Akure when the armed Fulani herdsmen came from the bush to attack her and other vehicles. Her domestic staff in the car with her sustained gunshots too.

“This is one death too many and a clear we-can- take-it-no-more death.”

But in a post on her Twitter page on Sunday, Onochie said: “Those who witnessed the murder of the daughter of Pa Reuben Fasoranti, Funke Olakunrin, suggest it was either by a criminal armed gang or assassins.

“The Nigeria Police should question Yinka Odumakin to determine his motives for misleading and pointing investigators to Fulani herdsmen.”