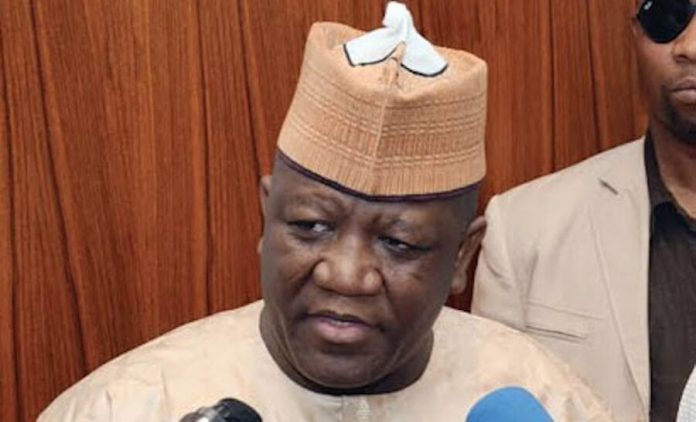 Mr Yari, who is the Chairman of the Nigeria Governors’ Forum (NGF) stated this on Tuesday in Abuja at the inauguration of the Forward With Buhari Grassroots Mobilisers Goodwill Ambassadors.

He said the organisation was being sponsored by the NGF, and that it was its brain child.

According to him, governors across the federation will rather vote for Mr Buhari even if they belong to opposition political parties.

This, he said, was especially so because Mr Buhari had done a lot for the governors irrespective of party affiliation.

Mr Yari said one of such things was the bailout fund which was paid to all state governors to off-set workers’ salaries and outstanding arrears.

The NGF chairman said this was paid across board, adding that the fund went a long way in improving the lot of people in the states.

He further said the Buhari’s administration had also embarked on infrastructural development across states, saying that this was another reason the governors were working to ensure his re-election.

He, however, tasked governors especially those in All Progressives Congress (APC) controlled states, to coordinate door-to-door campaigns across their states.

Mr Yari said this was critical to ensuring a landslide victory for Mr Buhari and all APC candidates in the coming elections.

“As governors, the responsibility is on us to work for the actualisation of President Buhari`s re-election come February 16,” he said.

Vice President Yemi Osinbajo, who was represented at the event by the Minister of Youths and Sports, Solomon Dalung, expressed happiness at the inauguration of the organisation.

Mr Osinbajo, however, noted that a lot needed to be done to sensitise the people at the grassroots on the achievements of the Buhari-led Federal Government across all sectors of the country`s economy and why he should be re-elected.

He stressed that the task ahead of the organisation was enormous considering the number of parties on the ballot paper and the need to guide the electorate to vote.

The vice president maintained that under the Buhari administration, the country`s economy was growing stronger while infrastructural development had continued across the country.

Earlier, Lawal Shuaibu, coordinator of the organisation, said it was established to give visibility, with sustained momentum, to the achievements of the Buhari-led administration.