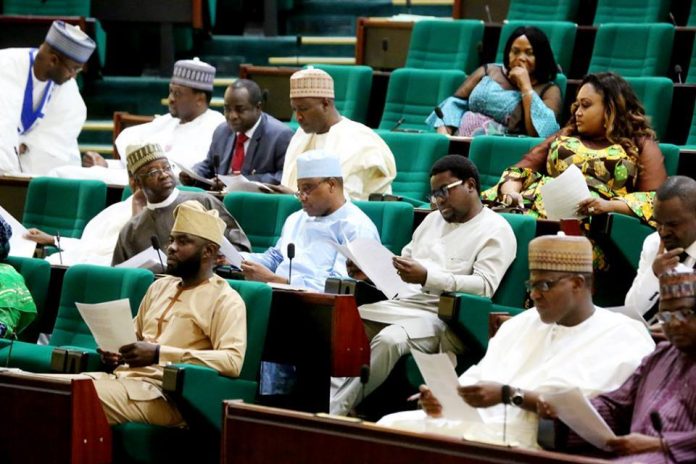 The House of Representatives on Tuesday rejected a committee report that required the Nigeria Ports Authority (NPA) to withdraw the termination of contract issued to Intels.

The Ad hoc Committee chaired by the Deputy Chief whip of the House, Pally Iriase, laid the report on December 12, 2018 and was considered at Tuesday’s plenary.

The recommendations are as follow: “That the NPA and INTELS Nigeria Ltd. should sign the new Standard Operating Procedure in the Supplemental Agreement, which should be in the best interest of Nigeria.

“That the Notice of Termination of Contract Agreement should be formally withdrawn since INTELS Nigeria Ltd. had complied with the Federal Government Policy on Treasury Single Account (TSA).

“That a schedule for the repayment plan for the amortization policy should be proposed and signed by both parties within one month upon the adoption of this recommendation.

“That NPA should henceforth adhere strictly to the provisions of the Nigeria Ports Authority Act in the administration and management of its operations.

“And that the Ad-hoc Committee and the Committee on Legislative Compliance should ensure strict implementation of the above recommendations.”

Speaking against the motion, John Dyegh (APC-Benue), said Intel Nigeria was owing the federal government over $200 million and that executives of the company also failed to appear at the hearing.

Mr Dyegh, therefore, called for the rejection of the report.

“Intel is owing the federal government $200 million and we have not seen any evidence that they have paid the money, according to the report, everyone came for the public hearing, except Intel.

“You don’t have respect for the House, for the committee, but you want to benefit from the House, I urge the House to reject this generous report,” he said.

Also opposing the report, Sadiq Ibrahim (APC-Adamawa) said, “the contract was terminated on the principle of not remitting $200 million, and the committee is recommending that Nigerians should go back into agreement with them?

“I think the House should step down the report, and rework it, a pro Intel report.”

In his reaction to the contribution on the report, the Chairman of the committee, Mr Iriase agreed that the report should be worked on.

He argued that the committee on NPA should join the committee to conduct holistic investigation into the relationship between NPA and Intel.

Other members who spoke on the report questioned the report and called for the rejection of the report.