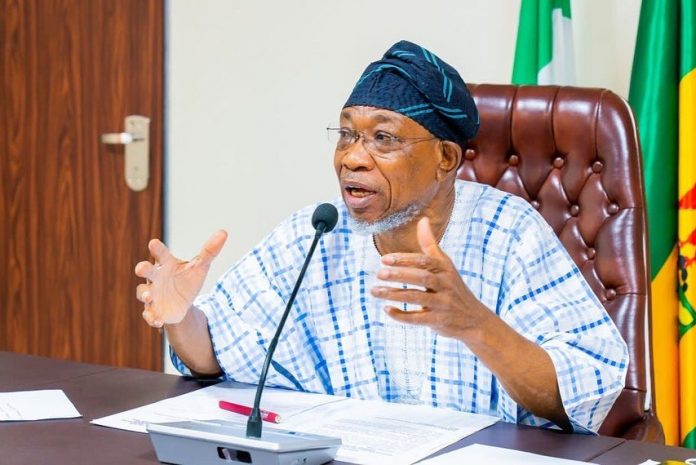 The Federal Government has once again attributed the delay in the issuance of international passports to the rare but sudden breakdown of the National Identity Management Commission (NIMC) server.

This was made known by the Minister of Interior, Ogbeni Abdulrauf Aregbesola, at the 3rd and 4th Quarter 2021 Performance Review of the Ministry on Friday in Abuja.

Aregbesola revealed that the breakdown of the NIMC server makes validation of passport applicants’ biodata impossible, stating that the discrepancies in the names of citizens on their Passports and National Identification Number NIN also adds to the problem.

The minister said, “You must integrate your NIN with your Passport, without which we cannot issue a passport. So the delays therefore are not caused by us at all. As long as that integration of your biodata, also called biometrics with your NIN number, which is on the database of NIMC, cannot accept your biodata as similar or identical with the one in it to issue a passport, without such integration or harmonization, it will simply be impossible.

“We are not the ones holding your passports and preventing you from traveling. The problem is the inability to link your biodata with your NIN. That is responsible and it is beyond our control. Why could this be? The server of NIMC might be down, it rarely happens, but it does happen.

“Another problem is the applications themselves. Individuals shouldn’t be bearing different names on their NIN and passports. It won’t be a seamless integration. There shouldn’t be a mix up of middle names in place of first names and vice versa, as it is on your NIMC so it should appear on your passport.

“These little things conspire against speedy processing of passports. I took time to explain this, because most Nigerians do not care about these minute details, they just heap the blame on the Nigeria Immigration Service.”

The Minister pointed out that international passport applicants will soon be able to track their applications online, adding that the Ministry and its sister agencies are not where they ought to be.

He said, “I must say that our services have improved tremendously and quite noticeably too, with the presentation of our performance at the Second Ministerial Retreat organized by the Office of the Secretary to the Government of the Federation which was applauded and well received.

“We are not yet there by our own standards. Things are not yet where they are supposed to be, but I want to assure Nigerians that we will not rest on our oars.’’

The NIMC had on its part in November 2021, blamed the Nigerian Immigration Services for the hitches in international passport issuance to applicants, saying that NIS had failed to utilise modern technology to verify the National Identify Numbers (NIN) of applicants.