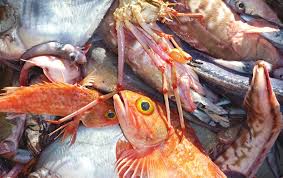 The Ship Owners Association of Nigeria (SOAN) has lamented that the country was losing billions of dollars annually due to illegal fishing activities in the county’s coastline.This was disclosed on Tuesday in Abuja at the ongoing Global Maritime Security Conference.

Margaret Orakwusi, chairperson of SOAN further hinted that fraudulent activities such as poaching and other acts have led the sector to be rendered unproductive in contributing to the country’s’ economy in terms of revving up its Gross Domestic Production (GDP).

She stressed that poachers who are carryout unethical fishing activities are creating unhealthy economic activities for the sector thereby calling on members of the association and respective agencies to take drastic actions before the situation gets worse.

“If the pirates are winning the war at sea, then how do we sit back and allow these poachers to sell their products and that is what we are trying to advocate. Where are they selling the stolen products? Where are they finding the markets for the products and what banking institutions do they use that they are not being accused of money laundering?

“Because for us who do it the right way, you have to get your payment into your domiciliary account, you have to tell the history of the fund. It is an international conspiracy; if we are not able to face these poachers in the high sea, we should be able to force the financial institutions to be more prudent and ask questions, we have the law of money laundering all over the world,” she said.

Nigeria has a coastline of approximately 853km facing the Atlantic Ocean, agencies and the government should, therefore, rise to its duties in making sure that this resource yields its purpose for the country’s fishing industry.

Also, in her charge for appropriate agencies to take actions on illegal poachers in the coastline, proper monetary levies should be accompanied along with the appropriate actions that would be meted on them as this could be an added advantage to the country’s economy as it tries to boost its revenue outside the petroleum sector.

She further stressed that poachers who take aquatic animals out of the shores of this country elsewhere such as Europe, Asia, and other available markets to sell in exchange for money are taking away the fortune of the next generation.

“Where are the markets, the markets are in Europe, Asia and we have boldly accused them of coming into our waters and poaching in our resources in the most irresponsible manner. They are stealing from this generation and generations unborn. Fishes are not cheap such as Lobsters, Prawn and Sea Cucumber. We must build capacities to arrest these poachers because poaching is all over Africa,” said Orakwusi.

Share this on WhatsApp
Related Topics:illegal fishing activitiesShip Owners Association of Nigeria (SOAN)
Up Next