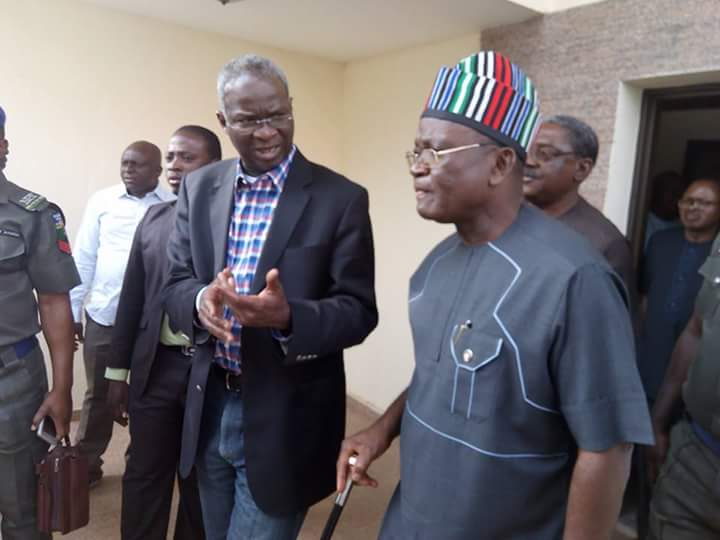 The Minister of Power, Works and Housing, Mr Babatunde Fashola (SAN), has promised to urgently increase the nation’s power generation to 7,000 mega watts (MW) in the short-run from the current 5,000MW generation level capacity at the disposal of the country.

The Minister stated that he plans to partner with the private sector and fully privatise the power sector in order for the country to witness genuine development like in the telecommunication sector.

The Minister further disclosed that work would soon commence on all roads that link the 36 states of the federation, adding that major roads which had been suspended due to paucity of funds and are vital to boost social economic activities in the country would be quickly revisited.

Meanwhile, Benue State Governor, Samuel Ortom in his reaction called on the Federal Ministry of Power, Works and Housing to prevail on the Federal Roads Maintenance Agency, FERMA to rehabilitate high ways in the state which have dilapidated.

The Governor who acknowledged that the Federal Ministry of Power, Works and Housing is one of the critical components of Government, thanked the Minister for his visit.