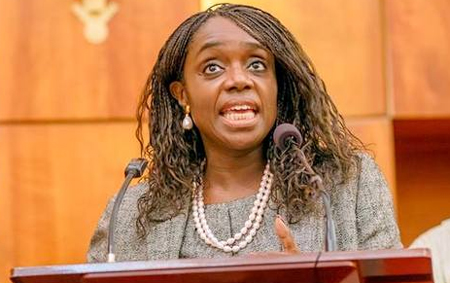 THE preponderance of the informal sector in the African largest economy is threatening the N66.1 billion revenue from the stamp duty, National Daily investigations have shown.
The federal government recently introduced stamp duty fees in a renewed effort at shoring up her dwindling resources following the crash of oil price at the international market.

But, the rising status of the informal sector is also believed to be affecting proper planning as it tends to question the integrity of the data used in arriving at some of the policies by either the Central Bank of Nigeria, (CBN), National Bureau of Statistics (NBS) or the finance ministry, the analysts insist.

The implication, according to them is the increased pressures on the local currency, naira and the continued rise in inflation rate.

Specifically, Godwin Emefiele, CBN governor had at the sidelines at the recent Monetary Policy Committee 9MPC) meeting in Abuja said that the Federal Government is targeting additional N66.1 billion revenue in 2016 from an imposed stamp duty of N50 on bank customers for money received into their accounts.

But, some analysts, while, criticizing the government for the unilateral imposition of the duty without consultations and explicit explanation of the usage of the funds, said that the thriving of informal sector activities may jeopardize the objective of the policy.

Already, increasing economic informality has complicated the task of Policy-making, as the illiquid parallel market lends itself more readily to overshooting, and is less sensitive to policy. The scale of the problem has intensified while the tools available to deal with it are increasingly constrained.

“The unilateral imposition without adequate explanation by the financed minister on the planned use of the fund is in a bad fate. Besides, I don’t see government achieving the aim with the recent dominance of the informal sector,” says Friday Ameh, energy analyst.

National Daily gathered that already manufacturers are demanding for the removal of banks in the disbursement process of the foreign exchange, citing, cumbersome and frustrating processes in going through the banks for forex on behalf of their customers.

At the time of writing, the Manufacturers Association of Nigeria has called on the CBN to sell FX directly to manufacturers, rather than through banksa call that is unlikely to be heeded, not least because of the level of support the banking sector will require for continued access to trade facilities with correspondent banks.

Bismarck Rewane, chief executive, Financial Derivatives Company, (FDC) observes that the implication is that “Commodity price volatility will be higher than normal and Prices will swing with parallel market rate.”

He emphasized on the need for the Presidency to be able to differentiate between what is politically important and what is urgent adding that “the economic agenda at this point looks disjointed.”

The implication is that foreign portfolio investors would remain on the side-lines as exchange controls and volatility paint hazy outlook. He observed that the overvalued naira is aligned with the FG’s plans to undertake countercyclical fiscal policy, through borrowing and a mooted two-tier exchange rate system.