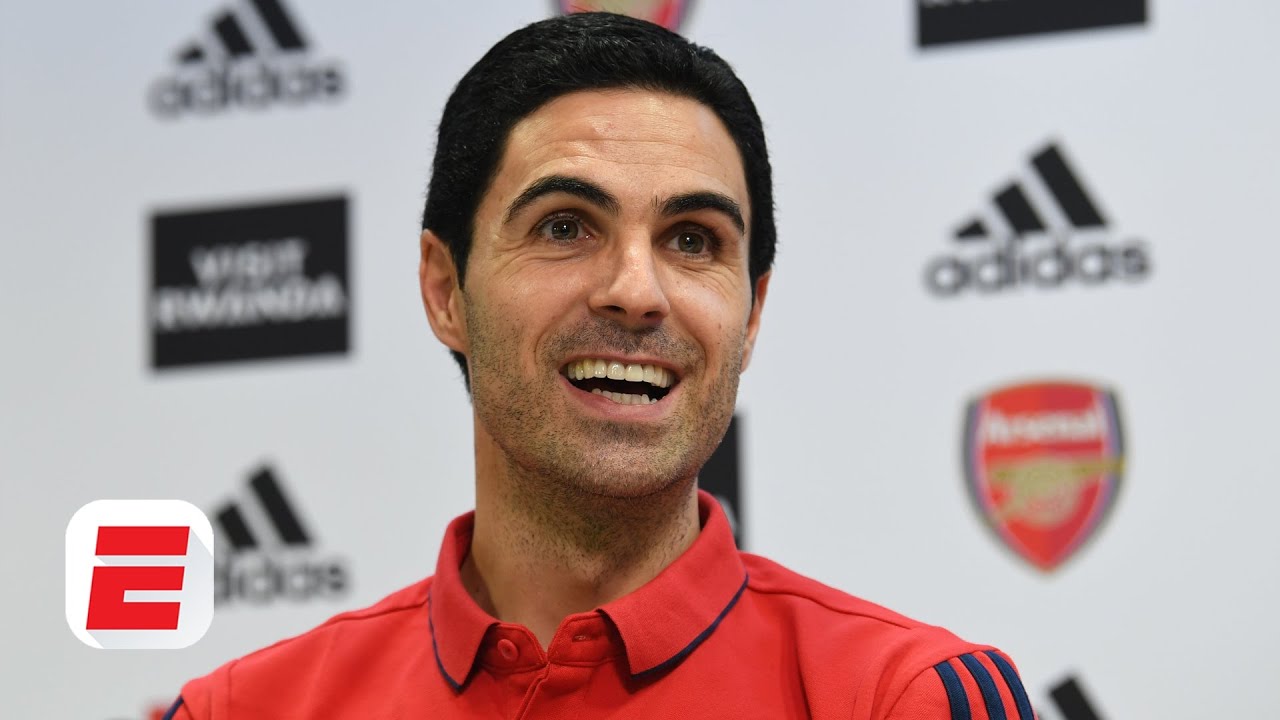 These are definitely the moments the Gunners fans have long yearned for as the positive vibes are gradually returning to the Emirates.

Arsenal are sitting top of the English Premier League table with eight points difference from their nearest rivals Manchester City and United as the race for the EPL title hits up.

Meanwhile, the fans at the Emirates are in ecstasy following the report as gathered by National Daily that Brighton top star Leandro Trossard has agreed personal terms with Arsenal after the north London club sadly witnessed their rivals Chelsea hijacked the deal for their long time transfer target Mykhailo Mudryk in boss Mikel Arteta’s eagerness to bolster his squad before the transfer deadline.

Arteta is keen to strengthen his squad at the Emirates as he looks to guide Arsenal to a first league title since 2004.

Arsenal expected to sign Mudryk – preparing an £80m move for the Ukraine international – but saw London rivals Chelsea hijack the deal and take him to Stamford Bridge instead.

Since the transfer blow, Arsenal have looked at alternative signings and been heavily linked with Barcelona winger Raphinha.

Trossard has also emerged as a target and is now heading to the Premier League leaders, having agreed personal terms over the move, according to Fabrizio Romano.

The report says Arsenal are in advanced talks with Brighton and set to make an official bid to sign the Belgian star on a permanent deal.

Trossard has emerged as a key player for Brighton since joining from Genk in 2019, making 116 Premier League appearances for the Seagulls.

But the 28-year-old has pushed to leave Brighton this month and was dropped for the club’s recent matches against Everton, Middlesbrough and Liverpool due to his desire to leave. 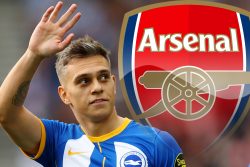 There was talk of Trossard going on strike and handing in a transfer request last week, with Brighton boss Roberto De Zerbi criticising his poor attitude in training.

‘Leandro isn’t in the list of the players for tomorrow,’ Graham Potter’s replacement said last week. ‘He knows very well my opinion.

‘The last training session before the Middlesbrough game, when he understood he wouldn’t play, he left the session without saying anything to me and it’s not good.

‘On the Monday, I spoke with him and I explained I don’t like this attitude, this behaviour.

‘He knows very well if he wants to play with Brighton with me, he has to work hard, he has to run, he has to be in the right way because we are not a big team, a Real Madrid, Barcelona or another big, big team. We are Brighton and we need players who work like the other players.’

In response to the criticism, Trossard’s agent Josy Comhair said: ‘Before Leandro left for Qatar, it was Brighton’s intention to extend his contract, this did not happen as parties did not reach an agreement. Leandro has also indicated he is ready for his next step.

‘After the World Cup there was an altercation at training between Leandro and another player over an inanity. Since then, the trainer has not spoken to Leandro, which is obviously not conducive to the atmosphere, as well as performance-wise.

‘Leandro still was a first-eleven player against Southampton and Arsenal but against Everton he was on the bench. In the five substitutions that took place then, he was also not among them and this is without any explanation.

‘In the run-up to the match against Middlesbrough in the FA Cup, Leandro had already reported calf problems twice. This was the reason he stopped training. This was in consultation with the medical staff.

‘Through the physical trainer, Leandro learned that he had to train separately. Last Monday the trainer then grounded Leandro in the group and indicated that he did not want to see him anymore.

‘A trainer who has not communicated directly with his player for four weeks is truly incomprehensible. It is also the trainer who has indicated several times that a transfer is the most reasonable solution.

‘It is therefore important that Brighton cooperates with a potential transfer, which is beneficial for both parties.’

Trossard will join an Arsenal team that have moved eight points clear at the top of the Premier League table this season. The Gunners face Manchester United on Sunday.

Meanwhile, former Chelsea target Mudryk was pictured training with his new team-mates this week ahead of this weekend’s Premier League clash against Liverpool.

BREAKING: Football fatality as two die and dozens injured after stampede outside stadium